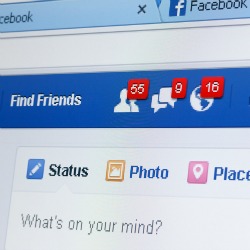 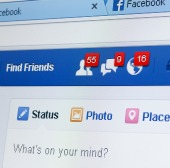 The US government is claiming that an agent had the right to set up a Facebook account and to impersonate a young woman using information it swiped from her seized mobile phone after she was arrested.

The woman, Sondra Arquiett (spelled in some court documents as Arquiette), was surprised when a friend asked her about photos she was posting on her Facebook page.

One showed her with her legs open, posed on the hood of a BMW; another was of her clad only in underwear; another one showed her face-down on the BMW, legs nonchalantly crossed in the air above her butt, captioned with this comment:

At least I still have this car!

That’s strange, she thought at the time, given that she’d never even set up a Facebook page.

That’s when Arquiett first found out that her identity had been hijacked by a US Drug Enforcement Administration special agent by the name of Timothy Sinnigen.

Arquiett, who learned about the bogus account in 2010 when she was going by the name of Sondra Prince, sued.

Now, as BuzzFeed reports, the Department of Justice (DOJ) is claiming that Sinnigen had the right to impersonate the woman by taking out a Facebook page in her name (and against Facebook’s terms of service), to ransack the woman’s seized mobile phone, and to post photographs found thereon – including not only photos of Arquiett, but also a photo of her young son and niece.

The agent didn’t stop there.

Sinnigen not only accepted friend requests on her behalf. He also reached out to a known fugitive, sending him a friend request, disguised as coming from the bogus Prince account.

Sinnigen’s lawyer said in the court filing that Prince had “implicitly consented” to all this by handing over access to her mobile phone and all its data – friends’ information, photos and all – thereby consenting to “aid in … ongoing criminal investigations.”

Arquiett gave up her First Amendment Right to privacy when she gave up her phone, the Feds are claiming:

Plaintiff does not have a First Amendment Right to Privacy in the photographs contained on her cell phone.

Plaintiff relinquished any expectation of privacy she may have had to the photographs contained on her cell phone.

Plaintiff consented to the search of her cell phone.

The “Sondra Prince” page was still visible on Facebook at the time that BuzzFeed wrote up the story on Monday, but the page has since been removed by Facebook who said “We removed the profile because it violates our community standards.”

Arquiett’s attorney claimed in the lawsuit that the counterfeit page, along with her intimate photos, was up for at least three months.

This caused her “fear and great emotional distress,” according to the court papers, particularly given that the ruse made it look like she was a narc:

...by posing as her on Facebook, Sinnegen had created the appearance that Plaintiff was willfully cooperating in his investigation of the narcotics trafficking ring, thereby placing her in danger.

BuzzFeed spoke with a number of privacy experts, all of whom called the government’s argument a dangerous precedent – particularly when you’re talking about the treasure trove of data we keep on our phones.

Anita L. Allen, a professor at University of Pennsylvania Law School, likened it to the search of a home that, in spite of being done with consent of the homeowner, has gone way beyond the norm:

I may allow someone to come into my home and search, but that doesn't mean they can take the photos from my coffee table and post them online.

According to the DOJ, Sondra Arquiett had consented to a search of her phone.

But it’s hard to imagine that the notion of consent would extend so far as to allow an identity to be usurped – particularly when such a counterfeit could put the subject in danger of violent retribution from criminals who think she’s working with the Feds to bust them all.

I agree with Elizabeth Joh, a professor at the University of California, Davis, School of Law, who called this “a dangerous expansion of the idea of consent.”

What’s particularly nasty is the idea that this DEA agent didn’t tell Ms Arquiett that she was being used in this manner. She was taken completely unaware by the ruse.

On so many levels, both humanitarian and in terms of privacy protection and limiting this extremely stretched definition of “consent”, I hope the government’s argument that it’s OK to hijack somebody’s identity gets decisively and quickly slapped down.