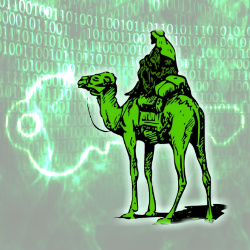 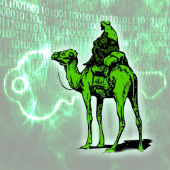 But even if we did, it was perfectly kosher, they said on Monday.

Back in September, the US government had said in court records that while most of the Silk Road site was hidden behind a sort of virtual Tor ‘curtain’ a tiny little bit of it was left poking out.

Silk Road’s CAPTCHA service was not protected by Tor and that allowed the Feds to pull back the curtain and reveal the location of the hidden website.

And that’s how we found it, they claimed:

The IP address leak we discovered came from the Silk Road user login interface. Upon examining the individual packets of data being sent back from the website, we noticed that the headers of some of the packets reflected a certain IP address not associated with any known Tor node as the source of the packets. This IP address (the "Subject IP Address") was the only non-Tor source IP address reflected in the traffic we examined.

Don’t buy it? Some people did not, including the lawyers for alleged Silk Road captain Ross W. Ulbricht.

Even if FBI agents did hack their way into Silk Road without a warrant – and they’re most certainly not confessing to that, mind you – the intrusion would have been an upstanding, law-abiding, Fourth Amendment-respecting act of criminal investigation.

Wired has posted the full filing from the prosecutors.

The government’s rationale for why such a warrantless search would have been valid is sitting on top of these arguing points:

Speaking to Wired, she said that Ulbricht didn’t need to declare ownership of the Silk Road server in order to claim the right of privacy for its data:

He doesn't have to own the server. Even if he's just communicating on that server, he already has a reasonable expectation of privacy.

With regards to the prosecution’s argument that off-shore servers holding Americans’ data can be searched without a warrant, Granick said that’s legally questionable:

This is not an obvious or open-shut argument at all...Overseas searches that target Americans still have to be reasonable. ...If the target is a US person and it's a US agent looking for information, the Fourth Amendment still applies.

I don't think this is a strong legal argument. I do think that the defendant has alleged sufficiently that his communications flowing over this system are protected by the Fourth Amendment, such that the government should have to explain why their investigation didn't cross that line.