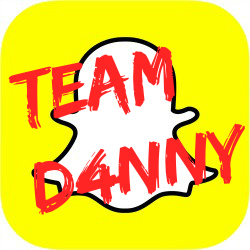 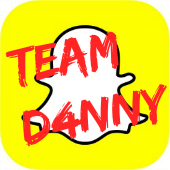 When thousands of Snapchat pictures got published online last week, they were hard to get at for those who went looking.

They were available on The Pirate Bay, but that required downloading a 13GB torrent to look at a mass, unsearchable image dump.

So a 19-year-old who goes by the name of Mudit Grover and who sports a Redditor nickname of massguru (account has been disabled) made it easier, by putting up a website, TheSnappening.org, to host the images.

It wasn’t searchable, but hey, at least you didn’t need to download a flabby torrent like on The Pirate Bay.

Perhaps Grover got spooked – after all, we’re talking about publishing highly illegal, doxxed content that could label those who spread it as child pornographers in the eyes of the law, given the way the Snapchat demographic skews to the underaged.

Or, as he noted in a comment on a Reddit post on Tuesday (since deleted), he just couldn’t keep up with (or afford the server load for) the 5+ million page views he was getting daily.

Either way, he took the site down.

Now, incensed attackers have taken him down.

As Mashable reports, news of TheSnappening.org being shut down had spread through Reddit Nation on Wednesday morning, met by a jeering audience. 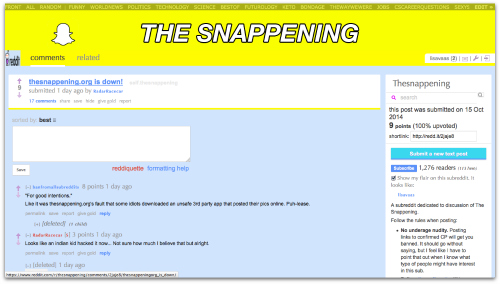 One Redditor mocked what Grover had characterized as his good intentions when he had talked to Mashable. Grover had explained the site’s raison d’être this way:

The content is publicly available everywhere on the Internet. Neither I am the only one nor the first one to make a website about that. My purpose was that people should see how vulnerable hosting private information on cloud can be, I do not intend anything wrong.

But the mocking Redditor wanted the blame squarely put back on whoever downloaded the unsafe third-party service – SnapSaved.com – that got squeezed for the photos:

Like it was thesnappening.org's fault that some idiots downloaded an unsafe 3rd party app that posted their pics online. Puh-lease.

This and other gripes were percolating on a subreddit called The Snappening, so-called in reference to “The Fappening”, also known as Celebgate: the multiple releases of celebrities’ explicit photos that began at the start of September.

Besides discussing the theft of what is reportedly nearly 98,000 Snapchat images, Redditors also visit the Snappening subreddit to try to get links to the collection. Or to post links to spam or malicious sites, as the case may be.

(Mashable notes that those malicious links have been quickly taken down, while links to sites hosting the images have not.)

Then again, people who visit The Snappening subreddit have asked for very particular images, in either a creepy stalker way or, who knows? Maybe because they’re trying to protect a buddy. See this case:

A girl from my class has 35 pictures in the leak. Her username was in 35 of the few identified snaps. Dont want to download the 13 GB which may contain CP, but am wondering if anyone that has dowloaded it, can check up her pics for me?

But while Reddit was bubbling with derision, jeering wasn’t enough for some. No, there were others out there who wanted to actually punish Grover for depriving everybody of the chance to gawk at private images.

So within hours of TheSnappening.org coming down, attackers allegedly took over the domain and posted a message identifying themselves as “Team Danny”.

They included Grover’s alleged personal address, as well as his cellphone and home number. 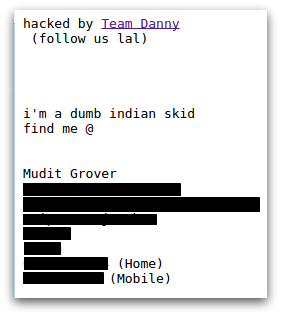 …and in short order bragged about it on Twitter:

Mashable reached out to Team Danny, who said that the attack was done for laughs following Mashable’s initial report about the site coming down, that it was a “trivial” attack to pull off, and that Grover “deserved it”.

And that the attacker was 13, although we don’t know if that is true or not.

But even if the attacker behind Team Danny isn’t in fact 13, and even if Grover isn’t actually 19, it doesn’t matter: regardless of their true names and ages, this is still a pack of kids armed with keyboards.

At the heart of The Snappening are images, many of them intimate, many of which are potentially of children.

That’s a serious thing. But the internet can be as serious as a playground with children climbing jungle gyms, snatching those photos, looking up little girls’ skirts, running away, laughing, and then throwing dung at each other.

That’s unfortunate for the kids who trusted that Snapchat would really make its images disappear: a promise it’s shown that it can’t keep, whether that’s because images that supposedly disappear in reality don’t go anywhere, or because Snapchat’s been slow to come up with a public API that would enable it to better control the security of the third-party apps that have grown up around it.

At any rate, Mashable reports that Grover apparently got back control of his site, given that it’s no longer showing Team Danny’s message.

Fortunately, neither is it hosting images that could get Grover in trouble, at this point.

Let’s hope that something besides too much traffic caused Grover to take down the images. Common sense or self-preservation, say.

Or how about this for a motivation behind taking down the images: common decency toward people whose privacy has been beaten into the mud.