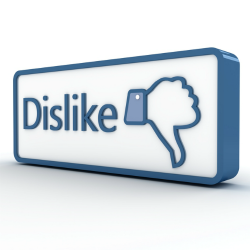 Facebook isn’t happy with the US Drug Enforcement Administration (DEA).

Chief Security Officer Joe Sullivan sent a letter to DEA Administrator Michele Leonhart on Friday in which he explained how law enforcement agencies need to play by the same rules as the rest of us and not lie about who they are, reports Buzzfeed.

We recently learned through media reports that the Drug Enforcement Administration ("DEA") created fake Facebook accounts and impersonated a Facebook user as part of its investigation of alleged criminal conduct unrelated to Facebook. Although we understand that the U.S. Department of Justice is currently reviewing these enforcement practices, we write to express our deep concern about the DEA's conduct and ask that the DEA cease all activities on Facebook that involve the impersonation of others.

It follows an operation we reported on earlier this month in which DEA agent Timothy Sinnigen created a fake Facebook profile for an arrested woman using information found on her seized mobile phone.

Not only did Sinnigen set up the fake profile, he posted photos of the woman, accepted friend requests on her behalf and added a known fugitive as a friend.

Sullivan added how misrepresentation of identity was a violation of Facebook’s policies and terms of service and, ultimately, a breaker of trust for the community as a whole:

Facebook is a community where people come to share and interact using their authentic identities. As our Chief Product Officer recently explained, this core principle is what differentiates Facebook from other services on the Internet. And requiring people to use their real identities on Facebook is "the primary mechanism we have to protect millions of people every day, all around the world, from real harm." The deceptive actions violate the terms and policies that govern the use of the Facebook service and undermine trust in the Facebook community.

With the impersonated woman, Sondra Arquiett, now suing the DEA for $250,000 over what she says was the unauthorised use of information held on her phone, Sullivan suggested that the DEA’s assertion that she had given her consent by allowing that data to be used to aid ongoing investigations put the agency on dodgy ground:

The DEA does not dispute Ms. Arquiett’s essential allegations. But the DEA claims that Ms. Arquiett "implicitly consented" to the agency’s conduct "by granting access to the information stored in her cell phone and by consenting to the use of that information to aid in an ongoing criminal investigations [sic]." Facebook is deeply troubled by the claims and legal position.

Sullivan ended his letter to Leonhart by drawing her attention to Facebook’s terms and conditions, which the DEA would have had to agree to before creating the fake account. Specifically, Sullivan highlighted how the following behaviour is prohibited:

Law enforcement agencies that require further clarification of Facebook’s policies might like to check out the company’s Statement of Rights and Responsibilities as well as its Community Standards.

The fake Sondra Arquiett account has now been disabled.

Image of Dislike courtesy of Shutterstock.