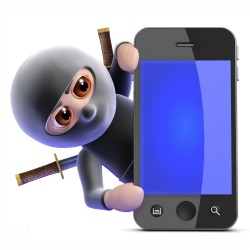 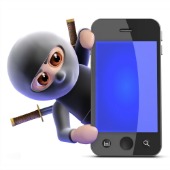 A California woman has been charged with wiretapping a police officer – her ex-husband – and possessing “illegal interception devices,” the Northern California District Attorney’s (DA’s) office announced on Friday.

The DA said that 40-year-old Kristin Nyunt allegedly eavesdropped on correspondence, including “sensitive law enforcement communications”, she got from the mobile phone of her ex, former Pacific Grove Cmdr. John Nyunt.

Kristin pulled off the alleged spying with help of spyware with brand names that should sound familiar, given that various versions have been marketed as a good way to keep tabs on your kids, your employees, and even, illegally enough, your romantic partners.

Specifically, the DA says that Kristin Nyunt was found in possession of spyware products that included Mobistealth, StealthGenie, and mSpy, and that she knew full well that those products are designed primarily “for the purpose of the surreptitious interception of wire, oral, and electronic communications.”

StealthGenie, for one, was in the news at the beginning of October, when its CEO was indicted for selling spyware.

According to court filings, victims were culled from secure police email and online police databases for which Kristin’s husband, John, gave her access while he was still an active police commander.

She committed dozens of identity thefts with the information, the DA said, and not just against random citizens but also against John Nyunt’s son and other police officers.

The former couple had been owners of an unlicensed private investigations business, which also proved fertile ground for hunting identity theft victims, given that the clients themselves ultimately became victims of identity theft when Kristin used their personal information, the DA said.

What’s ironic in the case of the Nyunts is that it’s far more typical for us to read about law enforcement’s seemingly insatiable appetite for surveillance tools.

In fact, The Electronic Frontier Foundation in early October criticized local law enforcement agencies around the US that for years have been urging parents to install ComputerCOP software to spy on their kids.

As the EFF describes it, cops have been handing this software out like it were candy, all in the name of “Internet Safety”:

Police chiefs, sheriffs, and district attorneys have handed out hundreds of thousands of copies of the disc to families for free at schools, libraries, and community events, usually as a part of an "Internet Safety" outreach initiative. The packaging typically features the agency’s official seal and the chief’s portrait, with a signed message warning of the “dark and dangerous off-ramps” of the Internet.

But in fact the software is little more than a keylogger.

Not just any keylogger, mind you, but, rather, one that sounds itself like a “dark and dangerous” on-ramp for creeps that can actually put children’s and families’ personal information at extreme risk from the very same predators it’s purportedly seeking to thwart, given that it transmits whatever a user types over the internet to third-party servers without encryption.

Who’s watching all these watchers?

Spyware is being used by police, by parents, by employers, by jealous lovers, even by kids against their own parents, and now, if the allegations prove true, at least in this one case, it’s being turned against the police themselves.

Somehow, this just doesn’t seem all that surprising. In fact, it seems inevitable.