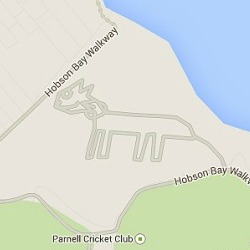 The cute-cat epidemic has escaped its customary online venues and spread to Google Maps, where the tail of a 250-meter cat was for a time stretching off one side of Auckland’s Hobson Bay Walkway over to where its head was nearly touching the northwestern section of the trail. 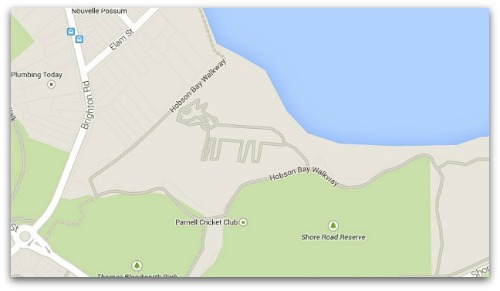 We were aware that cats were trying to take over YouTube, but we didn't realise it was extending to Google Maps. We're looking into this.

Those who aspired to walk over the one-eyeballed, two-dimensional cat would have been in for disappointment and soggy shoes, given that it only existed, for a brief while, in cyber cat land, overlaid on top of what in real life is a mangrove swamp.

Its brief cat life has now come to an end. As Gizmodo reported on Monday morning, Google investigated, with the result being a snuffed-out cat.

Google obviously axed it with tender regard. For a while, the road directly south of where the drawing used to be was redubbed, with regret, “RIP Google Cat.”

And as of Monday evening, even that memorial was gone. Life in Auckand was decatted, back to where it was before, and the trail was once again simply the Hobson Bay Walkway. 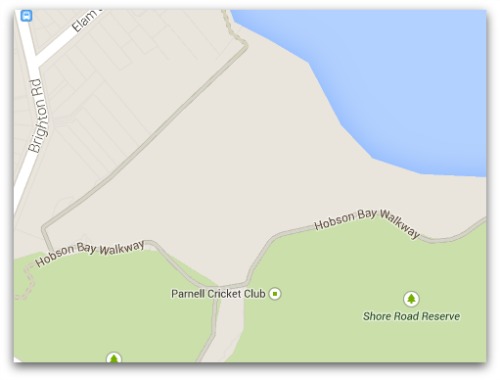 How does somebody hack Google Maps, you might well ask?

It turns out that certain parts of Google Maps are editable. Not major roads or famous landmarks, mind you, but it’s permissible to add hiking and biking trails.

The changes can then be reviewed by other users before they officially become part of Google Maps.

Making those changes in a spot where other users aren’t likely to wander – like, say, a mangrove swamp – and deviously getting your friends to positively review your amendments is one way to be an evil Maps genius.

Or, then again, there’s the option of creating multiple sockpuppet accounts and giving yourself raving cat-map reviews.

Note: Naked Security does not endorse the practice of sockpuppetry: i.e., the creation of online identities for the purpose of deception.

At any rate, the cat creator has apparently been identified by Reddit user “Poik12”, who claims that the cat was “user added” by his friend.

According to The Mirror, he shared a screenshot, which appears to show his friend boasting about his cat escapade on Facebook: 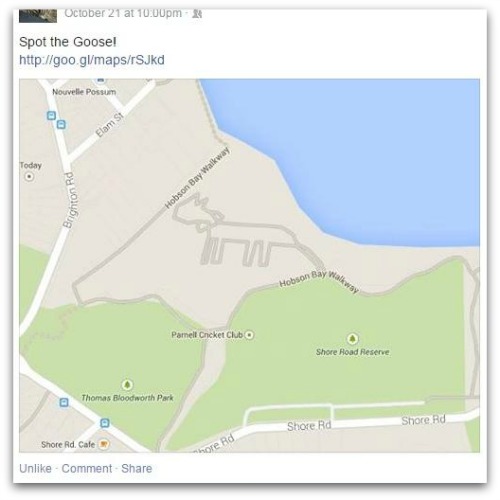 My friend was the person that did this. He started with a cat, and then added bits to it each day (like a collar, whiskers etc). He has a weird fascination with cats, but calls them geese, and refers to all cats that are not geese as kittens.

“Geese?” As if the story needed to get a hairball’s worth of weirder.

5 comments on “Is Google Maps accurate? Ask the giant cat…”