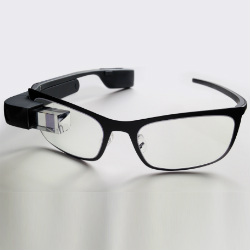 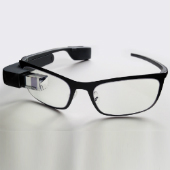 Google Glassophiles, we’ve been meaning to tell you: wearing that blinking, beeping head hugger into the movie theater where we’re all trying to follow CitizenFour is not OK.

Well, now we don’t have to tell you, because the National Association of Theatre Owners (NATO) and the Motion Picture Association of America (MPAA) have done it for us, officially adopting a zero-tolerance policy against Google Glass and its ilk being worn into movie theaters across the US.

Nobody’s going to lean over the ticket counter and wrestle your face computer off. Like mobile phones, which have to be silenced and put away at show time, the new policy requires that recording devices be turned off and stowed away when the show starts.

If management thinks you’re not cooperating, they’ll kick you out.

But if they think you’re pirating the movie, you could actually get arrested, according to the joint statement from the MIPAA and NATO, which maintains 32,000 screens across the US:

Individuals who fail or refuse to put the recording devices away may be asked to leave. If theater managers have indications that illegal recording activity is taking place, they will alert law enforcement authorities when appropriate, who will determine what further action should be taken.

Under US law, recording a movie in a theater is punishable by a maximum three-year prison sentence.

The no-recording-devices policy is in keeping with the fear and loathing the MPAA has shown to date.

And for heaven’s sake, it said, keep an eye out for cameras built into beverage container lids.

But what if a moviegoer wears prescription Google Glass spectacles?

That was the case in January, when Feds (Department of Homeland Security agents, no less, as it turned out!) dragged an Ohio man watching Jack Ryan: Shadow Recruit from an AMC theater, grabbed his pricey ($1500! £937!) glasses with prescription lenses ($600! £375!) off his face, and interrogated him for 3.5 hours.

After finally plugging in the device to a computer, the agents found that what the man had been trying to tell them all that time was true: he turned the device off at the beginning of the movie.

He wasn’t recording anything. He was just watching a movie with his turned-off prescription lenses, he recounted to The Gadgeteer.

After trying to appease him with four free movie passes, AMC announced that “wearing a device that has the capability to record video is not appropriate at the movie theater.”

What prescription Google Glass wearers are going to do about it is another question. Pull out the backup analog glasses, I assume?

Google’s not yet responded to the latest ban, but it did back in June when a UK cinema trade group urged its membership to ban Glass.

Predictably enough, Google thought the whole thing was a bit overwrought, given how the device is pretty pathetic when it comes to surreptitious recording:

We recommend any cinemas concerned about Glass to treat the device as they treat similar devices like mobile phones: simply ask wearers to turn it off before the film starts.

Broadly speaking, we also think it’s best to have direct and first-hand experience with Glass before creating policies around it. The fact that Glass is worn above the eyes and the screen lights up whenever it’s activated makes it a fairly lousy device for recording things secretly.