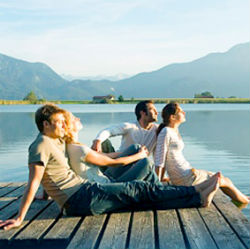 The claimant signed up with a dating site for people with sexually transmitted diseases (STDs) that promised “100% anonymity”.

He did not sign up for dating sites that cater to people who are HIV-positive, “kinky”, Christian, black, or gay, yet that’s where his profile also wound up: on subsidiary sites that are all operated by parent company SuccessfulMatch.com and which have names such as AIDSDate, Herpesinmouth, ChristianSafeHaven, MeetBlackPOZ and PositivelyKinky.

This is all thanks to the sharing of databases containing users’ profile information between the niche dating sites. 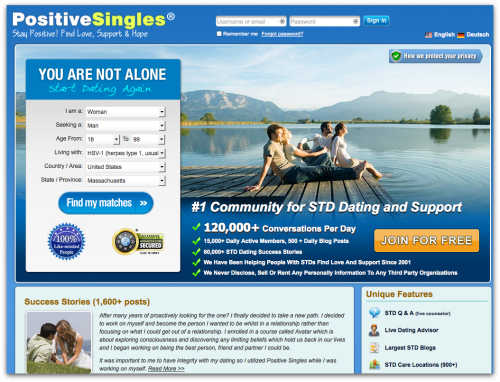 It’s actually outlined in PositiveSingles.com’s terms of service, mind you.

But few people bother to click on or read that legalese, the anonymous “John Doe” claimant said when he sued as part of a class action suit that dates to 2011.

His lawyers said in court filings viewed by the BBC that the sharing of profile information between the niche sites gave off the false impression that their client was something – quite a few somethings – that he in fact was not:

Plaintiff is... not black, gay, Christian or HIV positive and was unaware that defendant was creating websites that focused on such traits that would include his profile, thus indicating that he was all of these things and more.

Last week, a jury in Santa Clara County Superior Court in California agreed with John Doe, finding that SuccessfulMatch was guilty of “fraud, malice and oppression”.

The court ruled that SuccessfulMatch, a Californian firm, had broken local consumer laws and sentenced the firm to pay $16.5 million (about £10,338,151) in compensatory and punitive damages.

Beyond running a number of niche dating sites, SuccessfulMatch also manages an affiliate scheme for those wishing to set up sites of their own.

Part of that setup is to offer both software and pre-populated member databases containing details of “hundreds of thousands of profiles” registered to its existing services, as it states on its site.

However, the PositiveSingles site advertised itself as a “100% confidential and comfortable community” and said that it doesn’t “disclose, sell or rent any personally identifiable information to any third-party organisations”, the court papers reportedly state.

In fact, as of Wednesday, the site was still claiming that it doesn’t share personally identifiable information.

Two women had previously tried to file a class action suit against SuccessfulMatch over similar claims, but a judge in April dismissed their claims, writing that they hadn’t specifically alleged that they had actually read the sign-up promises they had claimed were misleading before using PositiveSingles.

According to the BBC, the women have filed an amended claim.

When contacted, SuccessfulMatch couldn’t yet tell the BBC whether or not it planned to appeal the ruling.