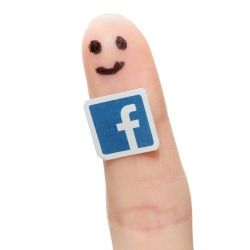 The changes include a new, animated dashboard on a page called Privacy Basics.

Privacy Basics walks you through changing settings in three categories: what others see about you, how others interact with you, and what you see. 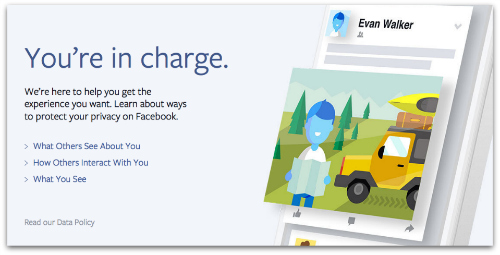 Those three categories tackle common questions like how to delete a post, who can see the comments you make on someone else’s post, and how to stop someone who’s bothering you.

The page is easy as pie to navigate and understand and is available in 36 languages.

Between this new dashboard and Facebook’s privacy dinosaur mascot, which it rolled out to all users in September, Facebook’s clearly trying to make security and privacy more accessible and intelligible for users.

That blue cartoon dinosaur, dubbed “Zuckersaurus-Rex”, was the spokes-reptile for Facebook’s Privacy Checkup tool, which helps you figure out if you’re sharing with the right people, shows which apps you’ve logged into with Facebook and what they post for you, lets you edit or delete those apps, and helps you review and edit the privacy of key pieces of information on your profile, such as where you live.

The idea here is to give people more accessible information about how Facebook works. It’s simpler, it’s easier to read.

The company’s also updating its terms of use, data policy and cookies policy, as well as improving ads “based on the apps and sites you use” when users aren’t on Facebook. US users saw this in June, but now Facebook’s taking it global.

Of course, besides making everything easy to understand, Facebook, unsurprisingly, is making it easier to market at us.

One way it’s doing that is via location-specific target marketing. Mostly, it figures out where you’re at when you check into places or use Nearby Friends.

Facebook’s working on ways to show users information based on where they are and what friends are up to. If you do decide to let it in on where you’re at, you can expect to see things like menus from nearby restaurants or updates from nearby friends. 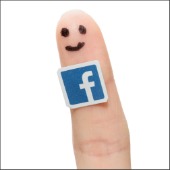 In some regions, it’s also testing a Buy button, working on making transactions smooth, secure, and painless, to enable us to spend our hard-earned cash without leaving the sheltering cocoon of Facelandia.

Facebook’s not changing how it shares information with advertisers, it says: it’s going to keep on helping advertisers to show you what they figure are relevant ads, without telling those advertisers who you are.

But one change should help cut down on viewing ads that don’t thrill you: Facebook says that instead of having to separately indicate on each of your devices which ads you see, now you’ll be able to opt out of ads on Facebook based on the apps and sites you use through the Digital Advertising Alliance or via controls on iOS and Android.

When you tell Facebook you don’t want to see particular types of ads, your decision automatically applies to every device you use to access Facebook, it says.

(I know you’re all itching to hear where the new setting is for “don’t show me any ads at all”, and the answer is “in your dreams”. Somebody’s got to pay for the electricity, after all!)

For the next seven days, Facebook users in the US can submit comments and suggestions about the updates.

Facebook will mull over the feedback and decide what to do if users howl about any of the changes.

All the bright colors, sans serif fonts and animations that hold your hand to walk you through changing settings might seem like a kindergartner’s approach to privacy, but that’s not necessarily a bad thing.

After all, it was only a few years ago that Consumer Reports found that 13 million US Facebook users weren’t using, or were oblivious to, privacy controls.

Bring it on, baby!

Image of Facebook on finger courtesy of scyther5 / Shutterstock.com.