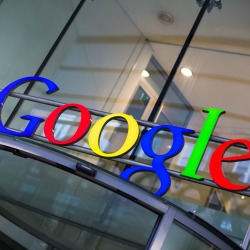 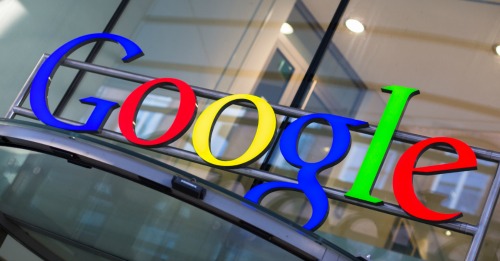 A French court has convicted Google of failing to comply with a right to be forgotten case after it took down links on its French subsidiary but failed to do so globally.

Dan Shefet, a lawyer practicing in France, first sued the subsidiary in August 2013 over defamation lodged at him and his firm by a gossip site that, among other things, falsely accused him of losing his licence to practice law in France and Denmark.

The French court sided with Shefet and told Google to yank certain URLs on a worldwide basis.

Google, however, only took down the sites from google.fr and, according to Shefet, ignored subsequent demands based on the court order.

Removing links from sites ending in “.fr” didn’t help matters much, Shefet said, given that his clients include those from other countries.

Now, the French child is paying for the sins of its US parent.

According to Shefet’s lawyer, this decision against how Google treats takedown requests worldwide is a first not only in France but in Europe.

The French court isn’t the first to order Google US to bury search results, mind you. Canada got there before it.

In June, a Canadian court ruled that Google had to bury search results for a Canadian company’s competitor, not just in Canada but around the world.

A month later, the Court of Appeal of British Columbia had given the go-ahead for Google to appeal the decision, but it refused to stay enforcement of the injunction.

The French court’s decision may now bolster other European courts in their efforts to impose court orders on online companies beyond their own borders.

The decision relies on the European right to be forgotten: a ruling by the European Court of Justice (ECJ) that handed victory to a Spanish man who wanted Google to remove links to an old article saying that his home was being repossessed to pay off debts.

In the French case, Google’s lawyers had tried to get the removal limited to links on google.fr, but the judge, relying on the reasoning in the ECJ’s ruling, rejected the attempt, saying that Google and its French subsidiary are inseparable.

The activities of the operator of the search engine and those of its establishment situated in the member state concerned are inextricably linked.

Shefet predicts that the decision will give European courts a new tool in forcing Google to forget things worldwide. It’s not just about privacy or defamation, he said, but rather could substantially alter the entire range of business liabilities for multi-national corporations with local subsidiaries.

The real importance of those decisions is that now any individual in the UK – or another member state – who suffers from Google’s [links to a libelous article] may obtain an injunction against their local Google subsidiary.

Until now a subsidiary could not be legally forced under the threat of daily penalties to deliver a result which was beyond its control. The complainant would therefore have to obtain judgment against Google in the US because only Google Inc controls the search engine world wide.

Now a daily penalty can be inflicted upon Google UK by local courts until Google Inc delivers the result by way of [removing links] world wide.

But while the European Union’s power to drown links seems to have gotten stronger, back in Google’s home country, the opposite is happening, with a San Francisco Superior Court judge last week upholding the already widespread legal opinion in the US that search results constitute free speech.

That means, the judge decided, that the owner of a website called CoastNews had no right to sue Google for putting CoastNews too far down in search results, while Bing and Yahoo were turning up CoastNews in the number one spot.

In its latest transparency report, Google said that since it launched the removal request process on 29 May 2014, it’s received 169,668 takedown requests.

It’s complied with a minority – 41.7% – of those requests, removing links pertaining to, for example, a German rape survivor who asked the company to remove a link to a newspaper article about the crime when people search on the individual’s name.

It’s refused to take down links to articles that are merely embarrassing or which are related to business as opposed to private matters, such as that from a British media professional who wanted to bury embarrassing content he posted.

According to the Guardian, Google is considering its options regarding the French decision, including a possible appeal. It says that it already removes links to defamatory online articles, thereby fulfilling its legal obligations to French citizens.

The Guardian quotes a Google spokesperson:

This was initially a defamation case and it began before the … ruling on the right to be forgotten. We are reviewing the ruling and considering our options. More broadly, the right to be forgotten raises some difficult issues and so we’re seeking advice – both from data protection authorities and via our Advisory Council – on the principles we should apply when making these difficult decisions.