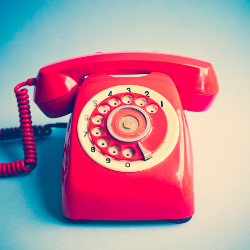 It’s less than a month since we last wrote about fake support call scammers in the USA getting taken out by the Federal Trade Commission (FTC).

The good news is, they’ve done it again. (The FTC, that is.)

Scammers in Florida and New York were blocked from operating, by court order.

The FTC claims that these guys have badgered consumers into parting with more than $120 million; in return, the consumers received technical smoke and mirrors that was worth absolutely nothing.

In the FTC’s own straight-talking words:

The playbook is usually pretty straightforward.

You could achieve the same technical outcome for yourself by doing nothing at all – literally nothing.

In the most recent FTC case, however, the crooks have upped the game slightly, combining two scams into one.

As well as fake support, you’ve probably also heard of fake anti-virus or scareware, which is effectively an automated version of the call-based scam.

Instead of humans calling you up and shoe-horning you into paying up using lies, jargon, fear and one-on-one psychological pressure, the scam is carried out by malicious software.

Again, the workflow is pretty standard.

You click on a web link or a pop-up offering a free virus scan. (This isn’t a far-fetched thing to do. Many reputable sites, including Naked Security, offer genuine virus removal tools that really do find and clean up malware for free.) 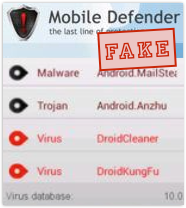 The fake anti-virus runs, and finds a whole battery of viruses and malware, but when you click the [Cleanup] option, you find out you need the paid version for that.

And if you buy the cleanup utility, typically for $25-$75, it will scan your computer again, but this time it will remove the malware instead of merely reporting it.

According to the FTC, the scammers taken down recently in Florida were using both of these scams in sequence.

First, they draw you in with a fake anti-virus, charging $29-$49 to give you the “full” version to clean up the malware that the free version detected.

To activate the “full” version, you have to call a toll-free number, which sounds harmless enough, except that your call is answered by a fake support scammer.

Of course, in helping you to activate your fake anti-virus, the “technician” will attempt to convince you that things are a lot worse than they first appeared.

Once he’s got you nicely frightened, he’ll try to take another $500 off you to fix the additional problems, using the same sort of fake support call tricks described above.

Actually, our advice keeps the call even briefer than that: say nothing and just hang up.

Don’t be swayed by people who say it’s fun to wind these guys up, and to distract them from scamming other people, by leading them on with a counter-scam of your own. (You’re only lowering yourself to their level.)

Say nothing. Hang up.

If you want to get involved, don’t tangle directly with the crooks on the phone – instead, consider reporting them online to the FTC.

Wasting their time might slow them down a bit, but with enough complaints, the FTC may be able to go one better and stop them altogether.