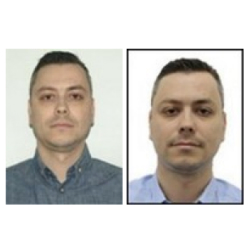 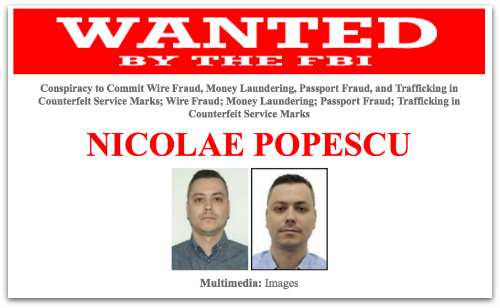 The bureau slapped a bounty of up to $1 million (£636,882) on the head of the 34-year-old Popescu, who’s also used the aliases Niculae Popescu, Nicolae Petrache, Nae Popescu, “Nae”, and “Stoichitoiu”.

Here’s what the guy who managed to slip out of the law’s hands and walk out of a Romanian court room four years ago looks like, the FBI says: 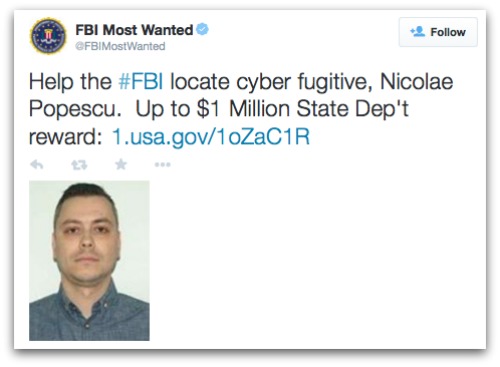 There’s a separate $750,000 reward being offered for an alleged accomplice, Dumitru Daniel Bosogioiu, 33, also of Romania.

The indictment, filed in US District Court in Brooklyn, says that Popescu, Bosogioiu and at least 11 other co-conspirators saturated sites like eBay, Cars.com and AutoTrader.com with detailed adverts for cars, motorcycles and boats.

They’re also accused of forging high-quality fake passports to use as IDs, which were then used by co-conspirators in the US to open bank accounts in the country.

The gang allegedly employed helpers to correspond with targeted buyers by email, sending counterfeit certificates of title and other materials designed to separate victims from their cash.

After reeling in a victim, the men would allegedly complete the sale by sending bogus invoices from Amazon, PayPal or other online payment services, with instructions to transfer the money to the gang’s US bank accounts.

To make it even more convincing, authorities said, the men would use counterfeit service marks on the invoices so that they appeared identical to those of legitimate payment services.

The cars were fake, but the stolen money was withdrawn and spent on very real, very expensive watches, authorities said.

All told, the gang made off with more than $3 million from sales to about 800 victims who handed over money for imaginary Rolex watches, cars, yachts, private airplanes and other luxury goods.

The gang was brought down last year in an investigation that involved police agencies in multiple states and at least six other countries, including Britain, Canada and Germany, according to the Justice Department.

And just how, you may well ask, did Popescu walk out of that courtroom and onto the most-wanted list?

In 2010, he had been detained in Romania under a so-called preventive arrest.

But while the court was busy ruling on an extended arrest for his suspected accomplices, Popescu was allowed to simply walk out of the courthouse.

The deadline for his initial arrest had passed, and the court hadn’t yet ruled on his extended detention, so he was free to go.

There are plenty of crooks at large on the internet, both big and small, not just $1 million fugitives. How do you keep from falling prey to their sophisticated schemes?

At the time of the bust, eBay warned shoppers not to wander off into a dark alley to complete a transaction.

Instead, stay right on eBay turf, it said – advice that still holds:

Leave a Reply to all time ebay user Cancel reply