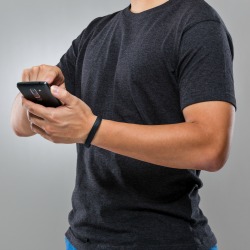 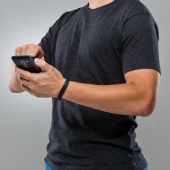 If wearable technology were to have the proper security and privacy protections, doctors could someday remotely monitor patients’ health in their homes.

That’s a big “if”, given the current state of wearables, whose privacy and security are enough to give alarm-triggering heart palpitations.

As it is, consumer advocates have already called the growing fitness data marketplace a privacy nightmare, with Google, Apple and Samsung wrestling for control of the bountiful data spilling out of the cornucopia of fitness trackers and health-related apps, but no government agency giving proper oversight to make sure they’re handling that data with care.

Now, researchers at the University of New South Wales are getting ready to slap that lamentable state of affairs into shape.

Starting in 2015, the researchers will get to work on making devices – such as Nike+, Fitbit, Jawbone UP, and products coming out of Apple, Google and other tech vendors – secure and trusted enough to feed gizmo-collected information into the mainstream health system.

Associate Professor Vijay Sivaraman from the School of Electrical Engineering and Telecommunications said that securing these devices could help to throttle the exploding costs of western medicine:

Healthcare costs are ballooning in much of the western world, increasing the burden on primary care delivery, and exacerbating the occurrence of acute events requiring hospital care.

One of the first steps is going to be making sure the wireless data sent from wearables is properly encrypted, according to Professor Sanjay Jha, director of the Cyber Security and Privacy (CySPri) Laboratory at the School of Computer Science and Engineering. But it doesn’t stop there, he said:

If healthcare professionals and medical insurers are to trust the data coming from wearable devices, they also need to be confident that the provenance, namely the context – the person, time and place associated with the data – is genuine, that the device integrity has not been compromised by malware, and that the data has not been tampered in transit or storage.

The project’s outcome is expected to be technology that will work with existing wearables, making it simple for device makers to incorporate.