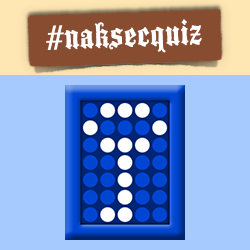 2014 will be recalled as a year in which a trusted and widely used piece of software was abruptly declared to be insecure, probably by its own authors, and withdrawn overnight.

It was also the year that Windows XP support finished.

But unlike XP-ers, who had seven years to prepare themselves, TrueCrypt users got little more than a mysterious Dear John letter on the product’s download page:

Denial, anger, negotiation, melancholy and (of course) conspiracy theories followed. Was it a hack, a failed audit, a falling-out amongst erstwhile friends, or the unseen hand of some three-letter agency?

Or was it all because of XP?

True mystery of the disappearing TrueCrypt disk encryption softwareAnd for your chance to win an exclusive, limited edition, Naked Security T-shirt, work out the answer to Paul Ducklin’s brain teaser below…

What was Day 4’s answer?

On Day 4, we asked you to work out, to the closest whole degree, the longitude of the place where the Ikee virus was written.

Ikee was the first ever true iOS virus, by which we mean malware that spreads itself.

Its author was from Wollongong, a port city just south of Sydney, New South Wales, Australia.

Many online services will tell you that The Gong, as it is known, lies about 150°45′ East of Greenwich.

We asked for “the closest whole degree”, so the correct answer was 151 degrees East, or equivalent words.

By the way: we’re not accepting 150.8, or 150°45’36”, or anything else like that, even though you may consider such an answer more precise, because the instructions about rounding were perfectly clear.

Also, we’re not accepting 34 degrees South as an answer.

We’re sorry to have to tell you that’s a measure of latitude – the lines that go across a conventional map and show you how close to the equator or to the poles you are. (Tip to remember the difference: think of the word “flatitude.”)

Mixing up latitude and longitude can ruin your commute, so watch out for that. 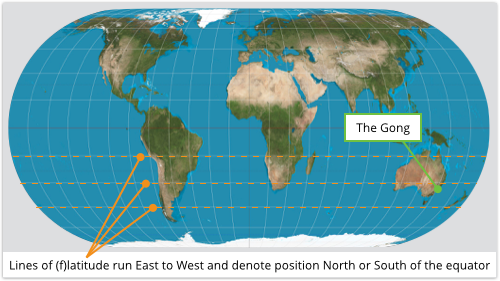 By the way, we are accepting an unadorned 151 as correct.

It’s good practice to be explicit about whether you mean East or West, if only to avoid confusion (151°W is about where you’ll find Hawaii).

But, by convention, longitudes East of Greenwich are positive because your clock moves ahead as you travel East, and numbers that have neither a “+” nor a “-” in front are considered, by convention, to be positive.

One comment on “12 Days competition: Day 5 – This software left the keys but threw away the lock”