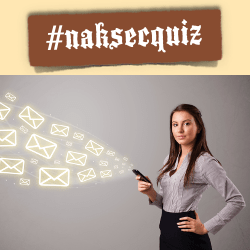 Every month, at least one person proudly tells us that they don’t run anti-virus software and they’ve never had a computer virus.

To which we always reply, “How do you know?”

How to send
5 million
spam emails without even noticing

What was Day 7’s answer?

On Day 7, we talked about ransomware, which is malware that locks you out of your computer or your files and demands money to let you back in.

Although ransomware often feels like a modern invention, thanks to the infamous CryptoLocker malware of 2013, the first widespread ransomware was the AIDS Information Trojan of 1990. 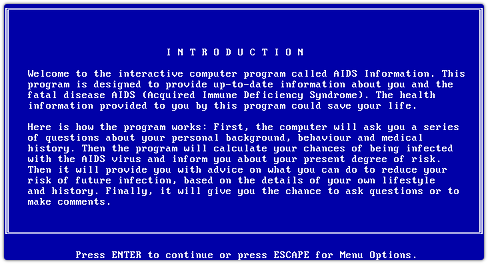 More precisely, the company used to receive ransom payments was registered on 04 December 1989, and the first known mailshot of infected diskettes happened on 07 December 1989, almost exactly 25 years ago.

→ For a trip down memory lane, read the analysis from Sophos, written by Sophos co-founder Dr Jan Hruska on 13 December 1989. The date of the AIDS Information Trojan is often given as 1990 because that’s when the majority of disks were received and opened. Also, because of the delayed trigger, even those who installed the malware at the tail end of 1989 wouldn’t see the ransom demand until the following year.

You could license the software at install time for $189, but if you didn’t, and installed it anyway, it would wait until you had rebooted 90 times and then try to make you pay by scrambling your hard disk and printing out a menaces letter demanding $378 as a licence fee:

You could get 50% off by licensing it for just 12 months. (Actually, 365 program invocations at reboot, optimistically assuming one reboot of your DOS computer every day.)

Day 7’s question was to identify the country to which you were supposed to remit the menaces money.

As you can see, the answer is Panama.

By the way, to learn more about ransomware, why not listen to our Techknow podcast on the subject?