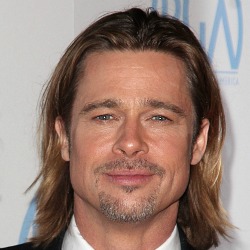 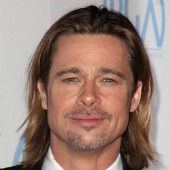 Contact details for Hollywood stars, plus the aliases they use when they travel incognito, are among the files leaked in the latest set of documents to come out in the Sony Pictures breach.

Besides the doxed aliases, the new leaks also include the email addresses and phone numbers of cast, crew and other staff on several film productions.

According to The Telegraph, the leaked documents also included research on how popular individual movie stars are in different countries.

Risk-based Security is keeping a running tally of the information leaked so far in the November attack on the movie studio – an attack signed-off on by a group calling itself Guardians of Peace.

The attack, which branded Sony employees’ computer screens with the #GOP’s glowing red skeleton trademark, has been linked with the doxing of far more than the previously unreleased films that first came to light.

Last week, the widening net of doxed information was found to include employees’ home addresses, their medical histories, the results of sales meetings with local TV executives, and an unreleased pilot script written by Vince Gilligan, the creator of the enormously popular series Breaking Bad.

After a long week of such disclosures, the attackers on Sunday night released four archives that make up two large files, currently being seeded from servers owned by Sony Pictures, as in previous disclosures, Risk-based Security reports.

In the most recent disclosure, the culprits link the attacks to the movie The Interview, and demand that Sony “stop immediately showing the movie of terrorism”.

The demand references an upcoming Sony Pictures film that mocks the North Korean government with a plot about journalists getting roped into a CIA plot to assassinate leader Kim Jong-un.

While this demand might seem to bolster the idea that North Korea was involved, it’s being deemed as inauthentic, given that the announcement was sent via different channels than the ones previously used.

Another reason to doubt the North Korea link is that this is the first time that the attackers have directly mentioned the film, which North Korea denounced over the summer. Hence, it’s possible that they’re are just building on widely spread conjecture.

Mashable reports that an extortion email was discovered a few days ago among the leaked documents.

The email, written in broken English, made vague references to “great damage” and demanded “monetary compensation” to avoid it:

Pay the damage, or Sony Pictures will be bombarded as a whole.

The entire email, which was addressed to Sony Pictures CEO Michael Lynton, Chairman Amy Pascal and other executives:

Pay the damage, or Sony Pictures will be bombarded as a whole.

You know us very well. We never wait long.

Given that the film wasn’t mentioned until late in the game, it certainly sounds as if those responsible for the breach could well be exploiting the FUD around this crime.

But again, this is yet more conjecture.

The only thing we really know at this point is that nobody really knows who’s kicking Sony’s knees off.