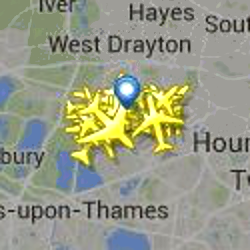 Flights are now departing again from London airports after airspace over London was closed this afternoon due to a computer failure.

The problem was reported by Eurocontrol just after 3pm London time.

At the time of writing, NATS, the organisation that provides the air traffic control service over the UK capital, was reporting that airspace capacity was restricted, although they weren’t saying how restricted, or why. 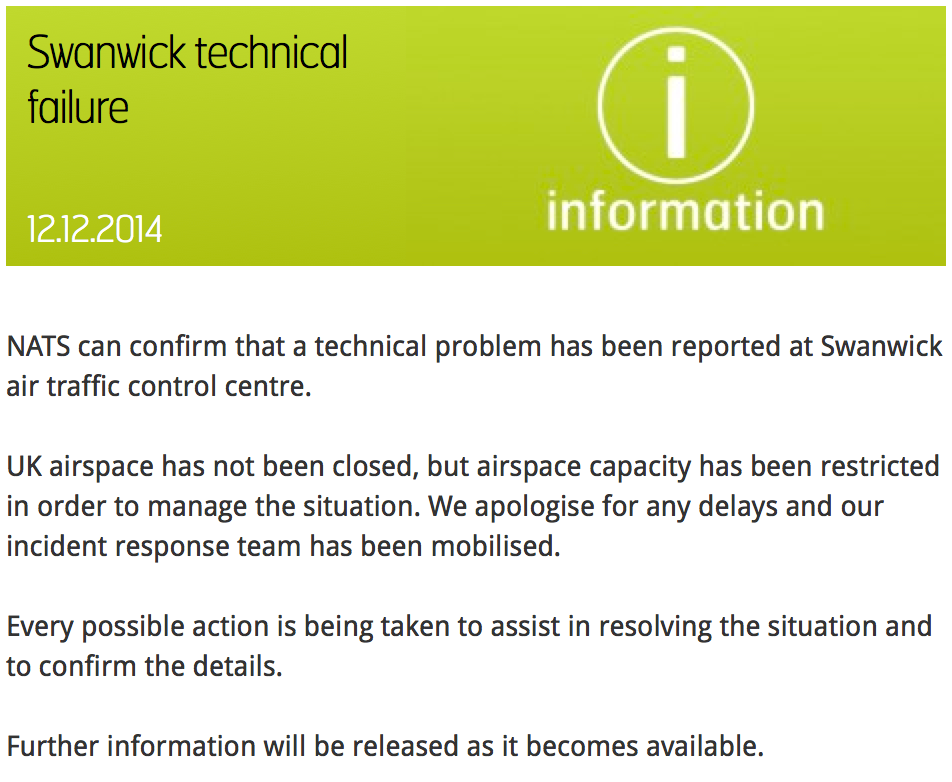 NATS can confirm that a technical problem has been reported at Swanwick air traffic control centre.

UK airspace has not been closed, but airspace capacity has been restricted in order to manage the situation. We apologise for any delays and our incident response team has been mobilised.

Every possible action is being taken to assist in resolving the situation and to confirm the details.

Further information will be released as it becomes available.

The BBC is reporting that the outage was caused by “a failure of the flight data computer server”, whilst El Reg quotes a Heathrow spokesman describing it as “a power outage at the NATS control centre in Swanwick”.

The UK capital is home to several airports including one of the world’s busiest, London Heathrow, which acts a major international hub and dispatches new flights every 90 seconds.

Flights were suspended as far north as Leeds Bradford Airport and as far south as Southampton.

Passengers were left stranded as incoming and outgoing journeys were stopped and Londoners, who exist beneath an almost perpetual queue of stacking jets, found themselves under clear skies.

AirLive.net’s real time flight maps gave just a hint of what was up. 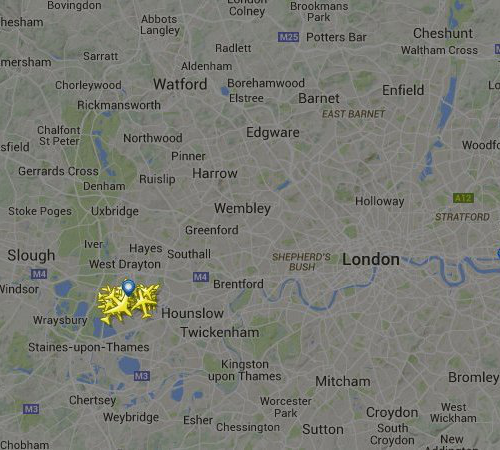 Congratulations are due to the pilots and air traffic controllers who managed the situation and got everyone either safely grounded or shepherded out of London airspace.

Facts are thin on the ground but so far there’s no hint of foul play in the server failure.

Nevertheless the outage is a timely reminder: computers are just machines and all machines fail eventually. We may not be able to prevent the failure or stop the power going out but we can control how ready we are for when it happens.