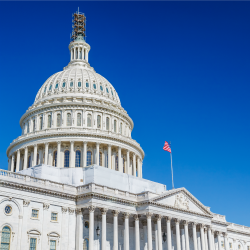 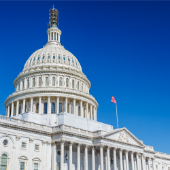 Congress last week quietly passed a bill to reauthorize funding for intelligence agencies, over objections that it gives the government “virtually unlimited access to the communications of every American”, without warrant, and allows for indefinite storage of some intercepted material, including anything that’s “enciphered”.

That’s how it was summed up by Rep. Justin Amash, a Republican from Michigan, who pitched and lost a last-minute battle to kill the bill.

The bill is titled the Intelligence Authorization Act for Fiscal Year 2015.

Amash said that the bill was “rushed to the floor” of the house for a vote, following the Senate having passed a version with a new section – Section 309 – that the House had never considered.

It was presented to the House with little debate and only a voice vote expected: what Amash described as a process in which it would simply be declared to have been passed, with “almost nobody in the room.”

After asking his legislative staff to quickly review the bill “for unusual language”, they found what Amash called a “troubling new provision” that for the first time “statutorily authorizes spying on U.S. citizens without legal process.”

Amash hurried out a letter to his House colleagues to give them a heads-up about the bill’s having been reworked without their consideration.

In that letter, which Amash posted to Facebook, he pointed to the new Section 309, which authorizes the acquisition, retention, and dissemination of private communications, including those to and from US persons, without a court order.

Sec. 309 allows for those warrantlessly obtained communications to be transferred to domestic law enforcement for criminal investigations, thus giving unprecedented statutory authority to allow for the surveillance of private communications that currently exists only under a decades-old presidential decree, known as Executive Order 12333 – a controversial Reagan-era decree that granted broad surveillance authority to the president.

To be clear, Sec. 309 provides the first statutory authority for the acquisition, retention, and dissemination of U.S. persons’ private communications obtained without legal process such as a court order or a subpoena. The administration currently may conduct such surveillance under a claim of executive authority, such as E.O. 12333. However, Congress never has approved of using executive authority in that way to capture and use Americans’ private telephone records, electronic communications, or cloud data.

Supporters of this new section claim that the provision actually reins in the executive branch’s power to retain Americans’ private communications, but those limits are “exceedingly weak,” Amash said.

Communications can be retained indefinitely if they have to do with foreign intelligence or counterintelligence, contain evidence of a crime, or are “enciphered” or “reasonably believed to have a secret meaning,” among other conditions.

Amash wasn’t the only representative who expressed alarm at the new provision.

Rep. Zoe Lofgren, a California Democrat who voted against the bill, told the National Journal that the Senate’s unanimous passage of the bill was sneaky and ensured that the House would rubberstamp it without looking too closely:

If this hadn't been snuck in, I doubt it would have passed. A lot of members were not even aware that this new provision had been inserted last-minute. Had we been given an additional day, we may have stopped it.

In a separate but related story, warrantless search – specifically, of mobile phones – was OKed in Canada’s Supreme Court.

According to the BBC, the court decided 4-3 that a warrant is unnecessary to search an arrested person’s phone, as long as the search is directly related to the suspected crime and records are kept.

This was opposite to the recent court decision in the US court, in which a US Court of Appeals held that mobile phones’ geolocation data, as well as content, are protected by the Fourth Amendment against unreasonable search.

Many people were seething as of Friday, after news of the bill appeared on Slashdot.

Redditors were trying to rally people to sign a petition asking for the president to veto the bill.

This is not a bill that grants the executive branch new powers.

Rather, it merely codifies, for the first time, an executive order that’s enabled intelligence agencies to do what they’ve already been doing: widespread surveillance on citizens and non-citizens.

Don’t expect the Supreme Court to help out on this one. We can’t expect that the court will declare this bill un-​Constitutional.

Without warrants, surveillance can be done under cover of silence. It’s hard to complain to a court that you’re being surveilled if that surveillance is done in secrecy, without a warrant.

If you’re a US person who’d like to protest that surveillance power being set into stone, let the president know by signing the petition.

3 comments on “US Congress OKs ‘unprecedented’ codification of warrantless surveillance”