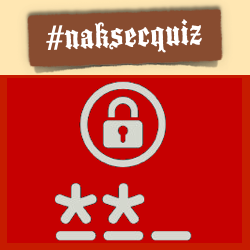 The best of times, because we’re cryptographically blessed these days.

There’s a zillion times as much cryptographic computing power in the chips on our credit cards as there was in the whole of Bletchley Park at the end of World War 2.

So, admittedly, it was a bit of a rhetorical question when we asked:

Do we
really
need
strong passwords?

You’ll remember that we had a simple Caesar cipher back on Day 5 (see the solution on the Day 6 page).

Well, here’s a Caesar cipher with a difference – we’re calling it a Caesar Salad cipher:

Day 11 was all about data that you thought was deleted, or buried securely, yet remained behind for others to retrieve later. 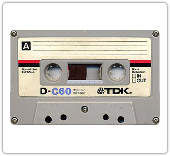 If you are old enough to have made your own cassette tapes, you’ll remember the hassles involved in erasing them.

Even after running a cassette through your machine on “record” with the input unplugged, there would be parts of the tape where you could still hear faint vestiges of what was there before.

Similarly, on magnetic hard disks, even when you deliberately wipe them by overwriting the data or zapping them in a bulk demagnetiser, there’s a chance that recoverable magnetic echoes may remain of the previous contents.

This tendency for magnetic persistence is called remanence.

These days, the word remanence is used metaphorically to describe the problem of data that doesn’t go away when you tell it to, even if it isn’t stored magnetically.

So, to put the cart before the horse, the answer to the message hidden in this image…

…is the phrase REMANENCE RULES.

How to solve it?

If you check the format of the image, for example with the utility file, you get a hint that it isn’t actually pure black-and-white:

With a two-bit colour depth, it could contain up to four different colours; in fact there are three.

There’s the white background to the maze; there are the almost-but-not-quite-black maze walls (they are actually 1 part white to 255 parts black, or #010101 in HTML colour notation); and there are some pure black pixels clustered at the middle of the image, looking very vaguely like overlaid letters.

In fact, they are overlaid letters.

If you load the image into a tool like GIMP, convert it to RGB or greyscale (to give you more dynamic range for the colours), and play with the brightness and contrast to try to tease apart the black pixels and the super-dark grey pixels, you’ll soon be on the right track:

Take things to an extreme of contrast (or use GIMP’s Color Exchange... function to change, say, pure black to lime green) and the answer will become obvious:

For what it’s worth, remanence is one of the reasons you’ll hear us urging you to “ encrypt everything.”

If data is only ever written to disk after it’s encrypted, then a crook who wants to get it back after you zap it will need both the decryption key and the remanent data fragments.

Any fragments he does recover won’t be directly legible on their own.

And, of course, we’d love to show you how to Pick a Proper Password: