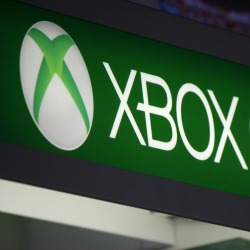 Following Lizard Squad’s takedown of the Xbox One network over Christmas, Microsoft’s festive woes continue after another hacking group managed to get hold of and subsequently release the November 2014 Xbox One software development kit (SDK).

The group, which calls itself @notHALT on Twitter but which some news outlets are referring to as H4LT, uploaded the kit and its associated documentation to file sharing site Mega.

Budding bedroom coders will not of course not be able to release their own programs officially – developers must register and be approved before posting games to Xbox’s release channels – but @notHALT is hoping that leaking the SDK could potentially lead to homebrew applications in the future.

Once the SDK is out, people who have knowledge or has in the past reversed files related to the Windows (8) operating system should definitely have a go at reversing some files in there. Why? Well, the Xbox One is practically a stripped Windows 8 device and has introduced a new package format that hasn't had much attention. This format is responsible for updating the console and storing applications (Games are under the category of 'Applications' on the Xbox One) and is a modification of Virtual Hard Disks. There is no definite 'exploit' but from what we have studied and tested, this simple packaging format could possibly lead us to creating Homebrew applications for the Xbox One.

In a separate conversation with The Independent newspaper, @notHALT also claimed to have gained access to a new cloud-based system used by developers to store early versions of their new games, including Microsoft-owned 343 Industries’ Halo 5 which is yet to receive a firm release date.

The account that was compromised is not thought to belong to 343 Industries but the hackers say it did give them access to files uploaded by that company.

@notHALT told The Independent that it hopes to leak the additional files after speaking with Lizard Squad who it hopes can help with “protection and stress testing of its systems for when the rest of the data is leaked”.

According to @notHALT, none of its members know anyone within the Lizard Squad personally but they are in contact with each other.

Image of Xbox One courtesy of 360b / Shutterstock.com.