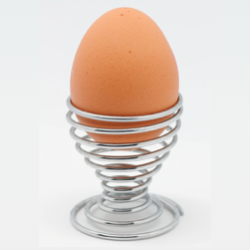 Here’s a list of everyone who solved it in time, and those of the solvers who won prizes.

We’ve also explained how to solve it for those who weren’t able to take part.

We showed you this image:

Just extract the question hidden in the data, and answer it.

Not an awful lot to go on, but the “tags” added to the article (those are the WordPress indexing notes we add to each item) offered a little hint:

Endianity, by the way, comes from Gulliver’s Travels, where the island of Lilliput was rift by a schism over whether to open boiled eggs from the big end or the little end.

Apparently, everyone agreed that eggs should be opened at the more convenient end, but which end was that to be?

The argument split the nation.

In computer science, the same dogmatism has applied over the years over how numbers should be stored in memory by a processor.

Should a 32-bit number like 0x1234­5678 be stored in memory as it is written, so that the lowest-numbered memory address holds the most significant byte?

Or should the bytes be reversed in memory so that the least significant byte is at the lowest-numbered address? 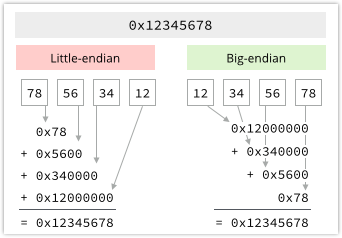 Worse still, should the processor include an “ecumenical bit” that can be set or cleared to switch from one style to another, so that anyone can be happy but everyone can be confused?

So the endianity hint is suggesting that you pick one way to interpret the data supplied, and stick to it.

We have to start somewhere, so we’ll go for big-endian, and use the bytes in the order they’re written.

The mention of word length in the tags invites us to decide how many bits at a time we’ll process the data.

It’s written byte-by-byte, so we’ll assume that we need to use the bits conventionally, eight at a time; and it’s divided into 32-bit chunks, so we’ll guess at 32-bit words.

So, what can we make of the data broken up that way?

The “tags” are inviting us to try bit-twiddling, which could refer to things like ADDing and XORing, though that’s a bit more like arithmetic than twiddling.

Yet the 0x81 bytes are at various offsets in each 32-bit word, as though any XOR key ought to be constant for each byte; in any case, we were invited to consider word length, as though the bit-twiddling would be affected by it.

Maybe we should try operations that work directly on the bits in a word together, like NOT or SHIFT or ROTATE?

Dividing all the 32-bit numbers by four (a right shift of two) gives:

We’re obviously onto something here, because bytes from 0x41 and 0x5A in the ASCII table represent the characters A to Z.

In fact, we have:

You’ll notice that in line three, where the rightmost byte in the original was 0x0C (a multiple of four), the topmost byte came out looking OK (0x2D, a dash) after the shift.

But where the rightmost bytes were odd, the topmost byte came out less than 0x20, which is in the unprintable part of the ASCII table, even though there are letters which would fit perfectly, e.g. an “I” in the last row to make the word BITS.

So those bottommost bits – the ones we simply dropped off when shifting right – are probably important after all.

Indeed, they are, as the hint we snuck into this week’s 60 Second Security video suggested: 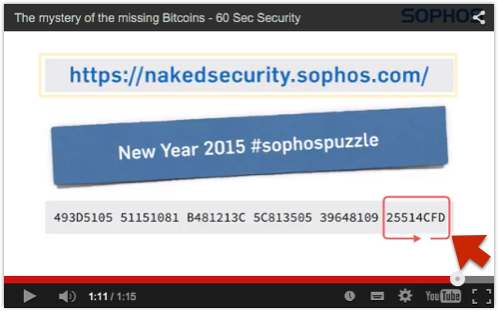 If we rotate right by 2 bits instead of simply shifting, bringing the bottomost bits in each 32-bit word back in at the topmost end, we get:

To which the answer, quite simply, is, “Two.”

For what it’s worth we’d have accepted “Thirty”, because rotating an N-bit word 2 bits right is the same as rotating it (N-2) bits left, but no-one was willing to risk that answer.

The fastest, Tim Warriner, wins the first of the five T-shirts outright.

Four of the remaining 16 solvers were chosen to win T-shirts with the help of /dev/random, and they are:

Well done to all who worked through to the end; congratulations to the winners; and thanks to everybody who took part.

We typically run #sophospuzzles on an irregular basis, a few times a year, so be sure to keep your eye out for the next one!