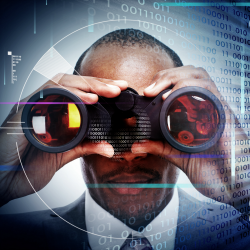 The FBI can’t get enough cyb 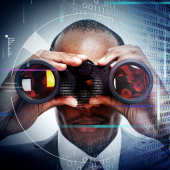 ersecurity agents to join its ranks.

Demand for those workers is at an all-time high – and that’s putting government organizations like the FBI in tough competition to recruit people with the skills to battle cybercrime.

The FBI is seeking to hire another 1000 agents to its cyber division by 2016, plus 1000 analysts, and the US Department of Defense wants to add another 4000 cybersecurity specialists this year, according to BloombergBusinessweek.

It seems that the US government is hoping the allure of high-tech crimefighting and appeals to patriotism will turn the tide.

A press release on the FBI’s website says trained IT workers are at the top of the agency’s most wanted talent list – while an ad pointing to a job listing for cyber special agents says: “Join the FBI Cyber Team and be the best at what you do.”

In a video released by the agency on YouTube, Robert Anderson, Jr., executive assistant director for the Bureau’s Criminal, Cyber, Response, and Services Branch, talks up the FBI’s mission.

“I do think the biggest thing [we] can offer to anyone that comes to work at the FBI is the mission and the scale of investigations,” Anderson said.

As computer crime and the threat from hackers seeps into every aspect of the agency’s mission, from investigating financial crimes and fighting cybercrime gangs, to protecting the US from acts of terrorism and espionage, there’s clearly a need for agents with IT skills.

Cyber permeates every aspect of what we do, whether it's counterterrorism, criminal investigations, or traditional cyber attacks, as we've seen in the recent past. That's why these type of people are so important to get into the pipeline and come into our organization.

The FBI is struggling to overcome several disadvantages in the race for technically skilled workers, including a salary gap, and strict job requirements such as US citizenship.

The list of requirements in a job posting for cyber special agents is intimidating – including 19 weeks of boot-camp-style training at the FBI Academy in Quantico, Virginia.

There’s also the requirement that applicants not be marijuana users for at least three years, which FBI Director James Comey has said is a hindrance on recruitment.

To build a workforce to meet future demands, organizations like the FBI have little choice but to build it from the ground up, and that means recruiting and training from a very young age.

In the UK, the government has cited the need for cybersecurity education in schools, providing teaching materials for students as young as 11.

The US government is offering full scholarships through a program called CyberCorps – similar to scholarship programs run by the US for recruiting soldiers and teachers.

As Sophos Global Head of Security Research James Lyne pointed out in his list of top cybersecurity trends for 2015, the enormous global skills gap for trained IT security professionals means governments especially will feel the pinch as they compete with private companies for a small pool of workers.

Can organizations like the FBI keep up with companies willing to pay skilled hackers big bucks to work in the private sector?

It’s a great time for students and others thinking about pursuing a cybersecurity career.

Image of Man looking through binoculars courtesy of Shutterstock.

11 comments on “FBI in tough competition for cybersecurity talent”