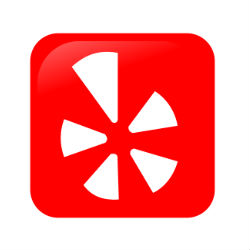 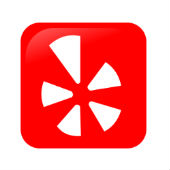 The US Federal Trade Commission (FTC) has pulled the plug on its second inquiry into how Yelp manages consumer reviews.

As with the first investigation, the FTC has decided not to take any action against the company, Yelp said on Tuesday.

Yelp Vice President Vince Sollitto wrote on Yelp’s official blog that the FTC looked into the company’s recommendation software, what Yelp says to businesses, what salespeople say about its advertising programs, and how the company ensures that employees don’t tinker with ratings and reviews.

After a year of scrutiny, the FTC recently closed its investigation without taking further action, Yelp says.

This is yet another victory for Yelp, which for years has fought off claims that businesses that fork over money receive better treatment on the site: namely, higher placement and better reviews.

A dentist in a recent case was one of multiple California businesses that made such claims.

The dentist testified that she finally relented to Yelp sales pitches and signed up with Yelp advertising. Within days of doing so, she said her overall rating surged to 4 stars, while Yelp reinstated some 5-star reviews.

Yelp has steadfastly denied that it alters business ratings, and courts and regulators have agreed.

The case was dismissed in September by the US 9th Circuit Court of Appeals in San Francisco.

The court further said that plaintiffs had no pre-existing rights to positive reviews and failed to prove that Yelp wrote concocted critiques.

Understandably, Yelp is treating the FTC’s decision not to take action as yet more vindication of the fairness of its review processes.

As it is, Yelp points out, the investigation’s conclusions have been backed up by an independent study conducted by the Harvard Business School which found that Yelp’s recommendation software treats advertisers’ and non-advertisers’ reviews the same.

All this has very little to do with how reliable the reviews themselves are, of course.

Just because Yelp’s software doesn’t discriminate among ad buyers and non-buyers doesn’t mean that all reviews are honest and written by consumers who’ve actually visited the places they trash or praise, as opposed to being fabricated for revenge or purchased by a business for its own self-aggrandizement.

We won’t get there until Yelp gives us something like what a reader suggested a while ago: a means of verifying purchases via unique QR code printed on receipts that could be sold to businesses and which could serve to filter out fake reviews, similar to what Amazon accomplished with its verified purchase tag on reviews.