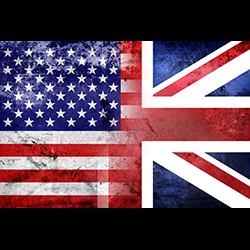 Agents from the United States and United Kingdom will carry out simulated cyber attacks against each other following talks between President Barack Obama and Prime Minister David Cameron.

A series of “war games” will begin with a staged attack against the financial sector as both countries look to bolster their defences against computerised attacks.

According to the BBC, the first exercise will involve the Bank of England and commercial banks and will also target the City of London as well as Wall Street.

Later exercises will be run to test other areas of critical infrastructure including power suppliers and transport networks.

The two countries will jointly create a “cyber cell” that will include agents from both nations who will conduct the tests and then share information on the threats as well as plans for combatting hackers.

The Guardian reports that the US division of the cell has already been set up with agents from MI5, GCHQ and the FBI. It says a similar cell will be created within the UK shortly.

The planned measures are part of a two day set of talks between Obama and Cameron in which the pair are discussing the economy and terrorism, as well as cybersecurity. The talks come in the wake of the recent Sony hack and the takeover of social media accounts under the control of US Central Command earlier this week.

The new deal on cybersecurity will also see additional funds made available towards the training of the next generation of security experts – an area currently experiencing a huge skills shortage, David Cameron said:

The joint exercises and training of our next generation of cyber-experts will help to ensure that we have the capability we need to protect critical sectors like our energy, transport and financial infrastructure from emerging threats.

As talks continue, Cameron is expected to push for more cooperation from tech and social giants including Google, Apple, Facebook and Twitter. He is likely to ask Obama to exert more pressure on such companies to collaborate with the security services as they look to gather more communications data and intelligence from suspected terrorists.

Earlier this week Cameron said he will, if re-elected prime minister in May’s national election, legislate against encrypted communications that currently pose problems for the security services who are unable to read them.

In an interview with the BBC’s Nick Robinson, David Cameron explained how cyber attacks are one of “the biggest modern threats we face”, stating that 8 out of 10 large companies in Britain have had some sort of cyber attack against them.

Cameron went on to say that the expertise to deal with such threats already exists on both sides of the Atlantic but by combining resources the two countries could create “a system where countries and hostile states and hostile organisations know that they shouldn’t attack us.”

Image of US and UK flag courtesy of Shutterstock.