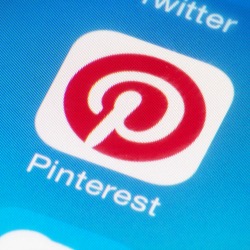 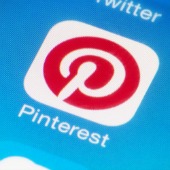 The social bookmarking service must have made a New Year’s resolution that concerns its users, the exceedingly interesting (and when we say “interesting” we mean “ka-CHING!”) behavioral data it gleans from them, and what the Wall Street Journal calls “powerful ad opportunities” for marketers.

Pinterest already launched Promoted Pins in December – that’s an “ad product” – but its tentacles have barely grazed users’ brains at this point, given that the service thus far has only allowed ad targeting based on simple criteria such as demographics or users’ devices.

That’s not Pinterest’s special sauce. Its special sauce is being able to predict when we’re on the brink of reaching for our wallets.

This is called “intent data”. It gets its name from the fact that Pinterest users tend to use the service to bookmark stuff they’re thinking of buying, or stuff that relates somehow to spending money.

For example, those who pin gorgeous bathrooms could well be looking for all manner of stuff that could be target-marketed at them: tiles, faucets, cabinets and the like.

In New York on Wednesday, Don Faul, Pinterest’s head of operations, told AdExchanger’s Industry Preview showgoers that 2015 is the year that this type of consumer intent will be turned into advertising dollars:

Pinterest is not a traditional user-generated content platform. It’s a place where people are coming to discover new businesses, new brands and new products. Our users are expressing their future intent. It’s not the shoes they bought last week, or where they went on vacation six months ago.

The focus this year is on unlocking the potential of our intent data.

Faul said that the company is also exploring ways in which marketers can use their own data to target ads on Pinterest – for example, by asking Pinterest to deliver special offers exclusively for their existing customers.

As well, an ecommerce company might “retarget” consumers that visited its website but wandered off without buying anything.

Finally, Faul said that Pinterest is trying to figure out how to tie online behavior to offline or in-store purchases. It’s already been running targets with retailers including Walmart and Target.

Remember, there’s no such thing as a free lunch.

This is well-nigh inevitable, given the way the internet evolved, with a dearth of subscription-based models versus a cornucopia of services that run on user data! Ads! More user data! Ever-more targeted ads! Ad infinitum!

Better to be served ads that actually pertain to your interests?

Or would you rather the marketers just stop jumping you as if they were window-washers at New York stoplights?

Well, I guess nobody ever forced us to sign up.

Likewise, nothing’s stopping us from de-pinning.