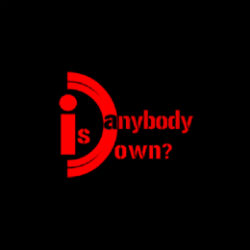 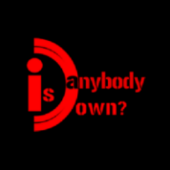 He was also ordered to permanently delete all the naked pictures he had collected via his website but, in what appears to be a somewhat lenient agreement with the FTC, he avoided having to pay a fine, despite having made around $12,000 off the back of his victims’ humiliation.

A release posted by the FTC yesterday said Brittain acquired nude photos of women via a raft of deceptive means.

In one ruse he posed as a woman on a Craigslist forum and offered to swap photos, supposedly of himself, in exchange for snaps of other women. He then posted those on his IsAnybodyDown website without their permission or knowledge.

According to the FTC’s complaint, Brittain also solicited further photos from visitors to his website by offering $100 to users who sent in snaps along with personal information such as names, locations, Facebook profiles and phone numbers which he then published.

Women who discovered their images on Brittain’s site had little success in getting them removed by contacting IsAnybodyDown directly.

The FTC notes how he very rarely responded to removal requests, despite some women alerting him to the fact that they were attracting attention from strangers who had seen their photos and contact information on his site.

The successful removal of the material was far more likely through specialised sites such as “Takedown Hammer” and “Takedown Lawyer” which could have content removed in return for a fee ranging between $200 and $500. Though not proven, the FTC alleged that both of the sites were in fact owned and operated by Brittain himself.

Should he ever be caught posting naked photos online again without consent, the order mandates that he will be issued with a civil penalty of $16,000 for each and every violation.

The lasting effects of his actions are not likely to be positive for Brittain, as noted by ex-federal prosecutor Ken White:

Craig Brittain is now subject to a permanent and relationship-and-career-debilitating stigma. Employers, lenders, landlords and others won't necessarily pick up internet drama. But you can bet that they'll pick up on an FTC consent order.

White also confirmed that Brittain will have to inform the FTC of any employment changes for the next 10 years and will have to hand over all details of any new web ventures he becomes involved in, including the site’s privacy policy and any complaints filed against it.

The consent order will last 20 years and Brittain will be monitored throughout its duration.