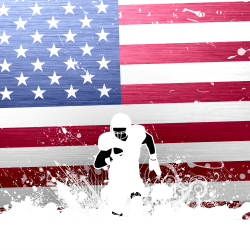 This year’s Super Bowl game between the New England Patriots and the Seattle Seahawks should be a thrilling spectacle for the more than 60,000 fans that will pack the stadium and hundreds of millions expected to watch the event on television. 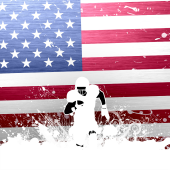 Fans at the game – many of whom are spending more than $10,000 on tickets for the pleasure of attending – will also have the watchful eyes of thousands of police, federal agents and private security guards upon them.

The Super Bowl is the Big Event, drawing the attention of the world, and big bucks in TV and sponsorship revenue for the National Football League.

Because of its high profile, this year the Super Bowl has been designated as a Level 1 security event by the US Department of Homeland Security (DHS) – only presidential inaugurations in Washington, DC and meetings of the UN General Assembly in New York get a higher threat designation.

The DHS has declared that there is not a specific, credible threat against the Super Bowl, taking place in Glendale, Arizona.

But in light of terrorist attacks such as the bombing of the Boston Marathon in 2013, and the more recent attacks in Paris, the DHS is not taking any chances.

Secretary of Homeland Security Jeh Johnson said the security preparations for the game include an influx of hundreds of officers from the department, including representatives from the Secret Service, the Transportation Security Agency, the Federal Emergency Management Agency, and Customs and Border Protection.

The National Protection and Programs Directorate has provided added cybersecurity, such as weekly vulnerability scanning on internet accessible devices at facilities being used by the NFL.

Military assets will be used to patrol the airspace above the stadium, and the Federal Aviation Administration announced that the Super Bowl is strictly a “no drone zone.”

On the ground, fans will see public awareness messages on billboards, in hotels, on buses, and within the stadium telling them: “If you see something, say something.”

Naturally there will be screenings to gain entry to the stadium – spectators will go through metal detectors and patdowns by security guards – but fans will be monitored in other ways, too.

Phoenix-based Climatec announced that it had deployed high-definition cameras to provide “complete situational awareness” throughout the stadium.

The Secret Service will also be monitoring social media sites such as Facebook and Al Jazeera Blog, searching for keywords such as “black out,” according to Nextgov.

Nuclear device-sniffing and BioWatch monitoring systems will be on hand to detect radiological or biological attacks.

And 4,000 private security personnel will supplement the 3,000 member local police force, who have all been trained in behavioral analysis to identify suspicious activity.

It’s difficult to put a price tag on all this security, especially considering that the NFL and the federal government don’t disclose how much it’s costing.

Last year’s Super Bowl in East Rutherford, New Jersey – about 30 minutes outside New York City – was estimated to have cost state and local governments more than $36 million in public funds to pay for security and transportation.

And although the local hospitality industry in Glendale can expect to earn millions from hotel rooms and restaurants leading up to the game on Sunday, the Super Bowl is probably not worth the trouble for the city.

Mayor Jerry Weiers said he expects the event to cost Glendale at least $3 million this year, which will not be reimbursed by the NFL, or by the state or federal government – and won’t be offset by the $1.2 million in expected tax revenues from hotels and other businesses.

Maybe you can’t put a dollar value on security, but when it comes to the Super Bowl, Americans are sure paying a lot for the privilege of watching their favorite game.