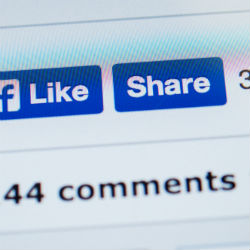 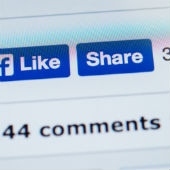 But can you remember when the new policy was due to come into effect?

Well, it’s already arrived and, if you have logged into your account at any point since its implementation on Friday, you’ve already agreed to its terms and conditions.

The new policy, which applies to European users of the social network, contains some interesting changes which have already drawn criticism.

Someone that’s particularly worried about the changes is Johannes Caspar, the privacy regulator in Hamburg, Germany, who has questioned whether Facebook’s policy change breaches German law.

One area of the new policy that is particularly concerning for Caspar is the sharing of users’ personal data with partnered sites and apps – which allows for the delivery of targeted ads on external websites and mobile devices.

I think it's problematic that Facebook wants to exchange user data between all of its various units, including WhatsApp and Instagram. I will coordinate with my various European colleagues to see what action may be needed.

As Caspar says, WhatsApp is one of those partnered apps.

Back in March 2014, the company’s co-founder and CEO, Jan Koum, wrote an impassioned piece on the WhatsApp blog, highlighting his upbringing during the KGB years of the former Soviet Union.

As a result of his experience, he said, WhatsApp would never collect or share any more user data than was absolutely essential and the deal with Facebook would never be allowed to derail that vision.

Respect for your privacy is coded into our DNA, and we built WhatsApp around the goal of knowing as little about you as possible... If partnering with Facebook meant that we had to change our values, we wouldn't have done it.

The latest changes to what Facebook has described as its “plain English” privacy policy mean that the social giant now has a plethora of data from a variety of sources, including everything you share about yourself when you sign up, your location, browsing habits, who your friends and family are, the devices you use and a history of what you’ve bought online.

Facebook’s terms and conditions clearly state that it does not share personally identifiable information but, if you have concerns about the organisation and its partners sharing that level of knowledge among themselves for advertising purposes, or simply having it at all, then your options are fairly limited.

The only way real way to avoid the advertising behemoth that Facebook has become is to delete your account altogether. You can do this via www.facebook.com/help/delete_account and follow the on-screen instructions.

And, if you’re concerned about what information you’re giving away to other Facebook users, it’s worth taking a look at the Privacy Basics. From here you can change your settings to alter what other people can see about you, how other users may interact with you and, also, what you see yourself.