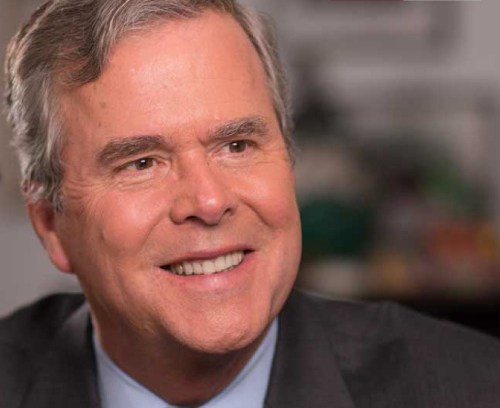 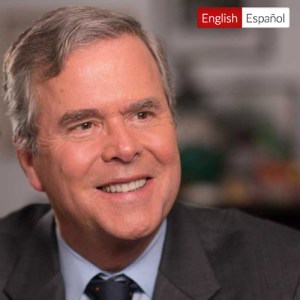 With the next presidential election a mere 636 days away the big beasts of US politics are starting to dust off their resumes and massage their records in advance of a ‘run’.

Presidential elections are rife with ceremony and tradition and the early stages always take the form of a protracted and stylised game of “Will they? Won’t they?”.

The rules of the game dictate that the eventual candidates tour the country so they can tell as many people as possible that they don’t know if they’ll run or not.

During his eight year tenure as Governor of Florida, the self-styled ‘eGovernor’ became known for his fondness for email.

He made his personal email address public, even going so far as giving it out to crowds, and Bush staffers estimated he spent 30 hours a week answering emails.

While in office he received hundreds of emails a day and, in an interview with the Washington Post, had guessed that about half were from constituents.

In a bold move, in advance of the inevitable tilt at the presidency, Bush has made a show of his transparency by releasing 250,000 of those emails to the public via a glossy, branded website; jebemails.com.

The emails are presented as individual web pages, accessible via a calendar, or you can download the original Outlook (.pst) files and wade through them offline.

Bush isn’t the first Florida politician to disclose their email correspondence. Since 2012 the emails of current Florida Governor Rick Scott and his executive staff have been made public within seven days.

But unlike Scott, Bush had a choice – he could have decided to produce specific correspondence as and when he was asked for it without attracting negative publicity. He deserves some credit for doing more than the minimum.

Whatever his motivation, this gesture will no doubt increase the pressure on him and his rivals to remain transparent through the campaign, and that has to be a good thing.

As with tax returns, medical records and birth certificates in the past, when one candidate is candid the others have to follow suit for fear of looking like they have something to hide.

That said, there is something about this disclosure that bothers me a great deal; Bush always knew that his emails would be public property.

As the New York Times puts it:

Florida's public information laws are among the most open in the country, and Mr Bush knew the messages would be open to public scrutiny whether he posted them on the website or not...

...Mr Bush seemed to have been mindful of that eventuality while he was in office and was careful with his language.

Making this trove of email public is a grand gesture but it doesn’t actually make politics more transparent if the politicians involved knew that email was always going to be part of their public façade.

There is little risk to Bush in doing this then.

Worse, the risks that do come with publishing this data are borne by any constituents who engaged Bush but weren’t aware they were having a public conversation.

In the last year of Bush’s eight year tenure it became a requirement that Florida’s government agencies carry the following statement on their websites:

Under Florida law, email addresses are public records. If you do not want your email address released in response to a public-records request, do not send electronic mail to this entity. Instead, contact this office by phone or in writing

Emails from Bush and his staff also carry similar messages, so he and his team certainly made some attempts to inform people they were engaged in public discourse.

But you have to have sent an email to Bush or his staff, and got a reply, before you can read that email footer.

I suspect that while Bush’s staff knew their email was public, a lot of the people communicating with them didn’t, and indeed the need for messages that make it plain that conversations were public property suggests they didn’t.

There is a real and substantial difference between releasing specific emails in response to Freedom of Information requests and making hundreds of thousands of emails public.

Databases are much more than the sum of their parts – as the size of a data set increases patterns, and opportunities emerge that don’t exist at smaller scales. That’s what Big Data is all about.

Whether it’s cell tower data, license plate cameras or search data that’s been anonymised, large collections of data where the individual components don’t add up to much have a way of giving up information that nobody anticipated.

Only time will tell what this cache of emails has to give up to data mining but in the meantime we have the constituent parts to concern ourselves with.

I looked through some of the emails myself – a cursory rifling rather than a deep dive.

Much of it is reassuringly dull, but among the day-to-day business of the Governorship I found plenty of personal data such as names, email addresses, phone numbers, political allegiances, sexual orientation and disclosure of medical conditions such as cancer and autism.

I found one email, sent by a mother of an adopted son, that included her name, postal address and telephone number. It also revealed the name of her son, that he suffered from ADHD and that he was taking medication to deal with it.

It took us a matter of seconds to find her on Facebook even though she’s since changed her name and twelve years have passed.

Whether she realised she was having a public conversation or not, her son has had his name, the fact that he is adopted and part of his confidential medical history added to a searchable public website.

Perhaps he’s OK with that, but perhaps he is not.

Openness and accountability in politics are undoubtedly a good thing, and balancing transparency, timeliness and personal privacy is not a straightforward matter.

Indeed, we might even decide that, on balance, the leakage of some personal data is a price worth paying for transparency in politics.

That’s not the trade on offer here though.

The BBC and The Verge are now reporting that the Bush team are redacting the personal information in the emails.

They’re also reporting that the emails accessible via the calendar are now supposed to be scrubbed clean and that the .pst files on the site were replaced for a time with a message that read:

The .pst files are back now so presumably they’ve finished removing personal and confidential information. If you want to learn how that’s probably much, much harder to do than Bush’s team realise, read Paul Ducklin’s article The Big Data picture – just how anonymous are “anonymous” records?