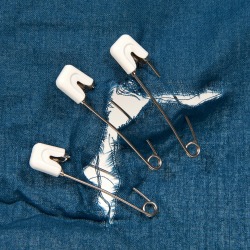 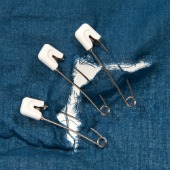 Microsoft has decided to withdraw one of the patches it released this month after complaints from users who couldn’t open PowerPoint.

The patch – KB2920732 – was meant to be a boon rather than a bane but failed to deliver its promised aim of stability, mostly with video playback. Instead, many users started to complain about issues.

According to Windows Central, a pretty big problem arose straight after the patch was installed – PowerPoint would no longer open on devices running Windows RT.

Commenter BGrewer explained the problem he was having:

After performing a system update on my Surface RT (first gen.) I found that I was unable to open Powerpoint, even though Word and Excel still work. I have shut down and restarted the system several times and Powerpoint still won't open.

Screenshots of error messages uploaded by BGrewer reveal PowerPoint was reporting how it was “either not designed to run on Windows or it contains an error”.

Clicking on OK and attempting to run PowerPoint again prompted an error message which offered to run the program in safe mode. Clicking Yes on that brought no joy – Windows would instead attempt to reinstall PowerPoint without success.

Fortunately, Microsoft is aware of the problem and is currently working on a fix:

Shortly after the release of KB2920732 , Microsoft became aware of an issue affecting users of PowerPoint 2013 on Windows RT devices.  We have removed KB2920732 from the Microsoft Download Center and Microsoft Update and will provide a new update as soon as a fix is available.

In the meantime, Windows RT users can refresh their devices by following the instructions on Microsoft’s Support site.

Microsoft notes that the refresh will keep personal files and settings intact but also points out that if the refresh fails, the only remaining option may be to reset the device – which would itself of course lead to a loss of data (make sure you backup any important files first).

Microsoft appears to be having a hard time with its patching system right now with a string of failures over the past six months.

In August we wrote about MS14-045, which had to be pulled after causing the dreaded Blue Screen of Death.

Then, in October, it had to pull an update designed to add the SHA-2 hashing algorithm to Windows 7 and Server 2008 R2, saying it was “investigating behavior associated with this update”.

In December the run of patch failures accelerated – three had to ultimately be withdrawn. One prevented Outlook connecting to Exchange 2010, another locked out further updates on machines running Windows 7 Service Pack 1 (SP1) and Windows Server 2008 R2 SP1, and a third – MS14-082 – caused issues with ActiveX forms and broken macros when Office 2013 and Office 2007 were run side by side.

While Microsoft generally acts quickly to address borked patches, the amount we’ve seen recently may leave some home and business users wondering whether they should take their chances on a manually delayed or critical patch update-only schedule.

And that is neither a safe nor desirable position for Microsoft customers to find themselves in.