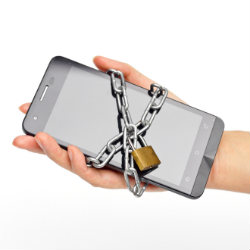 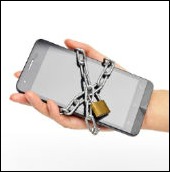 After two years behind bars and a whole lot of petition-signing, US mobile phone owners have regained their gadgets’ freedom: we now have the ability to legally unlock our phones and take them to whatever network carrier has compatible cell towers.

The major US wireless carriers promised to unlock customers’ phones or tablets – as long as we’re done paying for them, that is – beginning on 11 February.

On 21 February 2013, two days before the deadline to get enough petition signers to trigger the administration into re-examining the issue, 100,000 annoyed people demanded that the right to unlock their phones be restored.

The Unlocking Consumer Choice and Wireless Competition Act was passed and signed by the President 18 months later, but by that time the telcos had already privately agreed to unlocking.

Not that they had much choice, mind you: Federal Communications Commission (FCC) Chairman Tom Wheeler told the carriers they could either comply with his terms or face regulation.

Carriers, upon request, will unlock mobile wireless devices or provide the necessary information to unlock their devices for their customers and former customers in good standing and individual owners of eligible devices after the fulfillment of the applicable postpaid service contract, device financing plan, or payment of applicable early termination fee.

How to react? Let the bells of freedom ring, or muster a slow clap?

Quartz’s Dan Frommer characterizes the new rules as something of a qualified hooray.

But between carrier subsidies and payment plans, most Americans won’t be able to unlock their phones and move to a new carrier until the contract’s up – at which time, we’re most likely ready to upgrade our phones, making it a moot point. If you’ve prepaid your phone, carriers have to unlock it.

Sooner or later, that is (emphasis added):

Carriers, upon request, will unlock prepaid mobile wireless devices no later than one year after initial activation, consistent with reasonable time, payment or usage requirements.

The new rules dictate that the telcos have to notify phone owners when their handsets are eligible for unlocking and respond to requests for how to do it within two working days, so owners of even prepaid phones shouldn’t have to spend the entire year guessing at when they’ll be able to move to a new carrier.

But then too, there’s cell tower compatibility to think about.

Verizon and Sprint are CDMA only, so you’ll need a CDMA-friendly device to use them.

T-Mobile US and AT&T are GSM.

But if you’ve got an iPhone that supports GSM and CDMA, you’re golden: go whither thou wanteth.

Some are, understandably, a bit confused by the news, thinking that it was already legal to unlock once the contract was over. But for a while, it was, at least technically, illegal.

Now, even a carrier like Sprint, which used to refuse unlocks, has to let you go.

Will things change much?

Well, it could be handy to have an unlocked phone for overseas travel or to hand to kids or visitors to use with a prepaid SIM card, for example.

It will also mean that we may see more handsets available when we go shopping at resellers, given that they can unlock handsets before selling them.