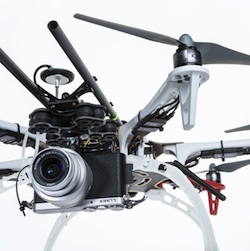 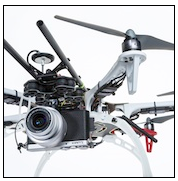 The US Federal Aviation Administration (FAA) on Sunday announced proposed regulations for drones.

The good news for those who don’t want drones buzzing over their heads: the proposed rules disallow flying over people, except those persons directly involved with a flight.

The timing could be coincidental – the administration’s been working on rules for at least two years – but it follows close on the introduction of the NoFlyZone: a service that lets users input their addresses with the aim of keeping the airspace above their homes drone-free.

The rules stipulate that such aircraft can’t be flown out of the operator’s sight and only during daylight – a requirement that’s causing shoulders to sag at Amazon.

Amazon is already miffed about what it says is the US’s foot-dragging over approval of test flights and has threatened to take the whole shebang overseas, to friendlier regulatory zones.

But the FAA’s newly proposed rules go beyond foot-dragging and into a full stop of such commercial services, Amazon says.

Here’s what Paul Misener, Amazon vice-president of global public policy, said in a statement sent to The Guardian:

The FAA needs to begin and expeditiously complete the formal process to address the needs of our business, and ultimately our customers. We are committed to realising our vision for Prime Air and are prepared to deploy where we have the regulatory support we need.

Besides its proposed rules, the FAA has also asked for public input on an additional, more flexible framework for “micro” UAS under 4.4 pounds, as well as comment about how the agency can further leverage the UAS test site program and an upcoming UAS Center of Excellence to further spur innovation at “innovation zones”.

Public comment on the proposed rules will be open for 60 days from the date of publication in the Federal Register, which can be found at www.regulations.gov.

The rules might stop commercial drone operations such as Amazon’s courier service in the short term, but it will be a whole other landscape at the end of a two-year public review process that’s projected to end around early 2017.

Once the rules are finalized, the FAA estimates that more than 7000 businesses will obtain drone permits within three years.

In the meantime, the FAA’s draft rules would make it fairly straightforward for real estate agents, aerial photographers, police departments, farmers and anyone else to fly small drones.

All they’d have to do is pass a written proficiency test, register the drone and pay about $200 in fees, without having to obtain a regular pilot’s license or demonstrate their flying skills.

Meanwhile, the White House on Sunday issued a presidential directive that will require federal agencies for the first time to publicly disclose where they fly drones within the country and what they do with data they pick up via aerial surveillance.

As UAS are integrated into the NAS, the Federal Government will take steps to ensure that the integration takes into account not only our economic competitiveness and public safety, but also the privacy, civil rights, and civil liberties concerns these systems may raise.

Before agencies deploy UAS technology – and “at least” every three years – they’ll have to ensure that privacy, civil rights and civil liberties are being protected with regards to the collection, use, retention, and dissemination of information.

Agencies have 180 days to give the president a status report on their implementation of the areas in the directive.

How will the directive affect law enforcement agencies such as the FBI and the Department of Homeland Security (DHS), which use drones to patrol the nation’s borders?

Lisa Ellman, a former Justice Department official who helped prepare the presidential order and works on drone issues as a lawyer in private practice, told the Washington Post that it will have a big impact.

It is a very big deal and a very positive step.

[The agencies] understand that even with all the benefits of drones, the American public has concerns - concerns about privacy and concerns about accountability.

But some civil liberty experts say the presidential directive leaves the government far too much latitude to continue with its current levels of surveillance, with little oversight.

The proposal allows the use of data gathered by domestic drones for any 'authorised purpose', which is not defined, leaving the door open to inappropriate drone use by federal agencies.

At a minimum, the administration should require that law enforcement first obtain a judge's approval before being allowed to use this invasive technology and limit drone use to specific purposes.