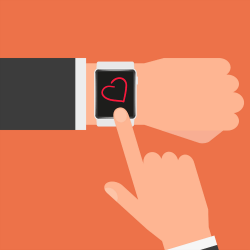 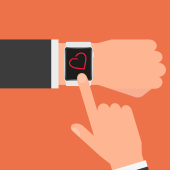 Apple knows better than most technology companies how to build hype around its product launches.

In September 2014, when Apple unveiled the iPhone 6 and previewed Apple Pay and the Apple Watch at a special event that featured rock legends U2, the fanboys and girls were agog – what a show! so beautiful! where do I sign up?

Now the rumor mill is shifting into high gear ahead of the expected April 2015 launch of the Apple Watch.

Anonymous Apple insiders quoted in a Wall Street Journal report indicated that initial plans to present the Watch as a cutting-edge health tracker had to be jettisoned due to a number of setbacks.

Those sources said technology designed to make the Watch a veritable heart health monitor on par with an electrocardiogram (EKG/ECG) – for measuring blood pressure, stress levels and heart rate – was inconsistent and eventually dropped in favor of pulse-rate monitoring.

Apple was also reportedly worried about how collecting such detailed heart data, which could be used to diagnose health problems, would be viewed by regulatory agencies such as the US Food and Drug Administration.

“These features were shelved for the first version of the Watch, but they may be included in future models,” the Journal reported.

If the intent was to make the Apple Watch a groundbreaking and unique way to measure health and wellbeing, Apple seems to have failed in that regard – many other wearables already on the market can measure pulse rate and activity the way Watch does, for much, much less money (prices for the Watch start at $349 and go up to an estimated several thousand dollars for a gold-framed version).

There’s also been reports that the battery life of the Watch will last only about 2.5 hours – barely enough for a robust hike or run – which could impact the device’s acceptance with health-conscious users.

That’s not to say the Watch will be a failure – far from it.

Of course, analysts expect Apple Watch to be an enormous success, and a huge profit maker for Apple, which hasn’t launched a new line of products since 2010 when the iPad shook up the tablet market.

According to another report from the Wall Street Journal, Apple’s supplier will churn out 5-6 million Watches in the first quarter of its release, and first-year sales could go as high as 20 million.

Perhaps it’s for the best that Apple isn’t rushing out features that aren’t “ready for prime time” – especially considering the sensitive nature of health data that could be stored and shared via the cloud.

If any third party is going to have access to all that highly-personal data, Apple seems to think it’s worthy of your trust.

In the wake of the iCloud celebrity photo hack, Apple CEO Tim Cook went to great lengths to assure users that the company is dedicated to preserving their privacy.

Cook explained that Apple is in the business of making things, not selling personal data – an obvious swipe at Google and Facebook, whose revenue is based on selling ads.

A few years ago, users of internet services began to realize that when an online service is free, you’re not the customer. You’re the product. But at Apple, we believe a great customer experience shouldn’t come at the expense of your privacy.

If Apple can keep that promise, people will be lined up around the block to buy it.