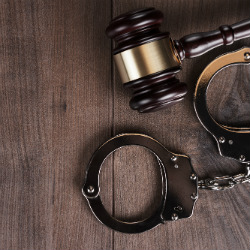 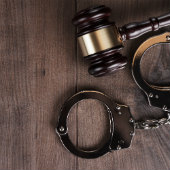 The total maximum sentence for all charges for which Moore has pleaded guilty is 7 years in jail, 3 years parole, and a fine of about $500,000. The minimum term is 2 years behind bars.

He’ll be sentenced at a later date.

He was arrested along with conspirator Charles “Gary” Evens, then 25, for breaking into victims’ Gmail and Yahoo accounts to steal nude photos that were later posted on IsAnyoneUp.com.

The 15-count indictment charged both men with conspiracy, 7 counts of unauthorized access to a protected computer to obtain information, and 7 counts of aggravated identity theft.

To refresh our memories regarding the outfit Moore has admitted to running, it helps to go back to the writing of Charlotte Laws: the extremely angry, tenacious mother of one of Moore’s victims who wouldn’t back down from grinding his operation to a halt:

He called himself a "professional life ruiner" and described his website as "pure evil." He threw legal letters in the trash, addressed his followers as "my children," taking a page from the Charles Manson handbook; and regularly taunted victims, encouraging them to commit suicide. People claimed to be afraid of him. He had no fear of lawsuits; he knew a victim would be unlikely to sue because a civil suit would cost $60,000 ... and forever link a woman's name with the image she hoped to hide.

Moore maintained that his victims were sl**s, asked to be abused and deserved to lose their jobs, embarrass their families and find themselves forever ruined. Below photos on the site, his followers posted crude and mysogynistic remarks. Victims were taunted as "fat cows," "creatures with nasty teeth," "ugly whores," "white trash sluts" and "whales." One commenter said, "Jesus, someone call Greenpeace and get her back in the water." The website was not about pornography; it was about ridiculing and hurting others.

Here’s another brick in the wall: Moore also had at one point aired his plans to introduce a stalker-friendly mapping feature, as he told the Observer:

We're gonna introduce the mapping stuff so you can stalk people... I know - it's scary as sh*t.

Last month, the Federal Trade Commission gave Brittain a slap on the wrist, banning him from posting any more nude photos of people without their explicit permission.

Bollaert was found guilty a few weeks ago of 27 counts, including felony charges of identity theft and extortion.

For quite a while, Moore hid behind Section 230 of the Communications Decency Act, which states that websites are immune from legal responsibility for content submitted by others.

Moore shot himself in the Section 230 foot, however, when his business ran short of photos submitted by vengeful lovers and he resorted to paying Evens – up to $200 per week – to instead steal images.

Evens had broken into hundreds of email accounts without any sophisticated means, using one of the oldest tricks in the book, as Assistant US Attorney Wendy Wu told Ars Technica:

It was not exploiting, to our knowledge, any vulnerabilities in any of these online accounts. Basically, he was impersonating these victims' friends and was able to get confidential information that would allow him to access their accounts.

Moore’s plea deal involves years of supervised parole, which will entail his parole officer being privy to all his technology forays, including accounts and passwords.

In addition, the government has Moore’s data, taken from his seized devices. That includes, of course, his victims’ photos, which the government can destroy if it so chooses.

Kudos to the victims and their families for this successful prosecution.

Moore has been ordered to stay away from his victims and their families. Hopefully, they’ll now know some peace.