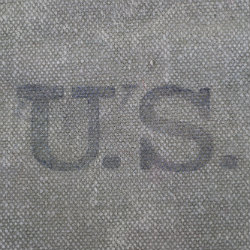 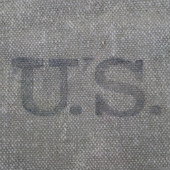 A British man arrested on suspicion of hacking into the computer systems of the United States Army and other federal agencies is petitioning for the return of his encrypted computers and storage devices.

Lauri Love was arrested in October 2013 following a joint investigation by the US Army’s criminal investigation command and the FBI in Newark.

Now Love wants computer equipment seized at the time of his arrest returned.

According to the BBC, the UK’s National Crime Agency (NCA) doesn’t want to give up the equipment because it has been unable to decrypt some of Love’s files. It allegedly wants Love’s cooperation in helping to decrypt them before returning his property.

Speaking to the BBC, Love said:

Should police, having obtained a reason to acquire information but lacking any overt evidence of criminality sufficient to bring prosecution, be allowed to withhold private data?

There is a very dire risk that this power will be used to disrupt protected journalistic and political activity.

Love later contacted Ars Technica to say he had submitted his petition to the court earlier this month and would be representing himself at a hearing on the 12 March. He added:

I cannot speak to the contents except that they are mine.

This is the only salient detail as far as I'm concerned. I am not on trial, nor is my data, and I am under no obligation to speak for it. But my property is being withheld from me, and that must be justified.

The current justification is due to the inability of the NCA to understand certain data. It remains for them to establish why this is my problem and for the court to decide if this gives them authority to convert chattel.

The agency has declined to reveal whether it has been unable to decrypt Love’s files.

Love, who stands accused of working with three other unnamed people, faces charges of breaching the security of the US military, NASA, the Environmental Protection Agency, US Federal Reserve and FBI computers.

Other charges including computer hacking and identity theft leave him facing a sentence of up to 12 years in prison if convicted but the fact that the NCA released him from bail back in July would seem to suggest that any case for the prosecution may rely upon gaining access to the encrypted files currently in the agency’s possession.

The US may yet seek to extradite Love after a 2013 US Department of Energy audit suggested he may have gathered personal information on as many as 104,000 people.

Image of US Army uniform courtesy of Shutterstock / Twin Design.