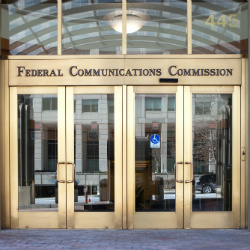 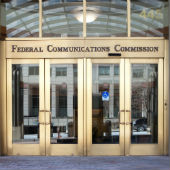 The US Federal Communications Commission (FCC) has decided: it’s bowed down to the 4 million voices who’ve joined in the net neutrality battle, ruling that broadband should be treated as a public utility, like water flowing from our taps or electricity to our lights, free of blocking, throttling or paid prioritization for those willing to pay more, and also thereby subject to greater government regulation.

As expected, the new regulations were passed on Thursday, with a vote of 3-2, with the Commission’s two Democratic appointees joining Chairman Tom Wheeler in voting yes.

The FCC’s two Republican-appointed members both voted no.

These are the three new rules, from the FCC’s release:

Over the course of the last year, public interest in net neutrality has flooded the FCC.

President Obama has also chimed in, asking the FCC to adopt the three rules using Title II of the Communications Act as the legal underpinning and applying those utility rules both to home internet service and mobile broadband.

As the debate raged, many pegged Chairman Tom Wheeler as a yes-man for the telecommunications industry. That’s understandable, given that he had lobbied for them in the past.

Wheeler surprised everyone when he stood up for consumers, did not strangle innovation as critics feared, and wound up voting in favor of protecting net neutrality.

Why did Wheeler surprise everybody? In his statement about the new net neutrality rules, he said that the internet’s too vital for the broadband providers to be left in control, unregulated:

The most controversial aspect of the decision is the reclassification of fixed and mobile broadband as a telecommunications service, with providers to be regulated as common carriers under Title II of the Communications Act.

This lumps ISPs in with wireline telephone service and mobile voice under the same type of regulatory regime.

The FCC is forbearing enforcement of many strict, utility-style rules that it could apply under Title II, including broadband rate regulation and state and local taxation.

That doesn’t mollify everybody.

Commissioner Michael O’Reilly, for one, criticised the way the FCC’s planning to chart Title II, calling it a “monumental and unlawful power grab”.

These are the main changes for broadband providers, courtesy of the BBC:

The US Telecommunications Industry Association is already set to wage war.

Scott Belcher, chief executive of the Telecommunications Industry Association, called the new rules “onerous” and said they represent an “over-reaction from the FCC.”

Not only will the industry take it to court; they’ll also keep up the battle in Congress, he told the BBC:

They will take legal action right away and they will continue to work in Congress to get legislation to address these rules.

Image of the FCC courtesy of Mark Van Scyoc / Shutterstock.com .