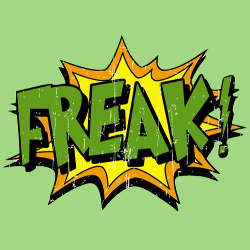 Update. this article originally listed Microsoft Windows and Internet Explorer as safe against FREAK. But Microsoft has now confirmed that the vulnerability exists in its Schannel TLS library too. The article has been amended accordingly. [2015-03-05T20:25Z]

FREAK is the latest security bug to be given an exciting name.

It was found by an impressive team of researchers, including some Microsofties, so it’s solid research work.

The bug affects TLS/SSL, the security protocol that puts the S into HTTPS and is responsible for the padlock in your browser’s address bar.

The bug is known to exist in OpenSSL’s TLS implementation (before version 1.0.1k), in Apple’s SecureTransport, and in the Schannel TLS library that is part of Microsoft Windows. 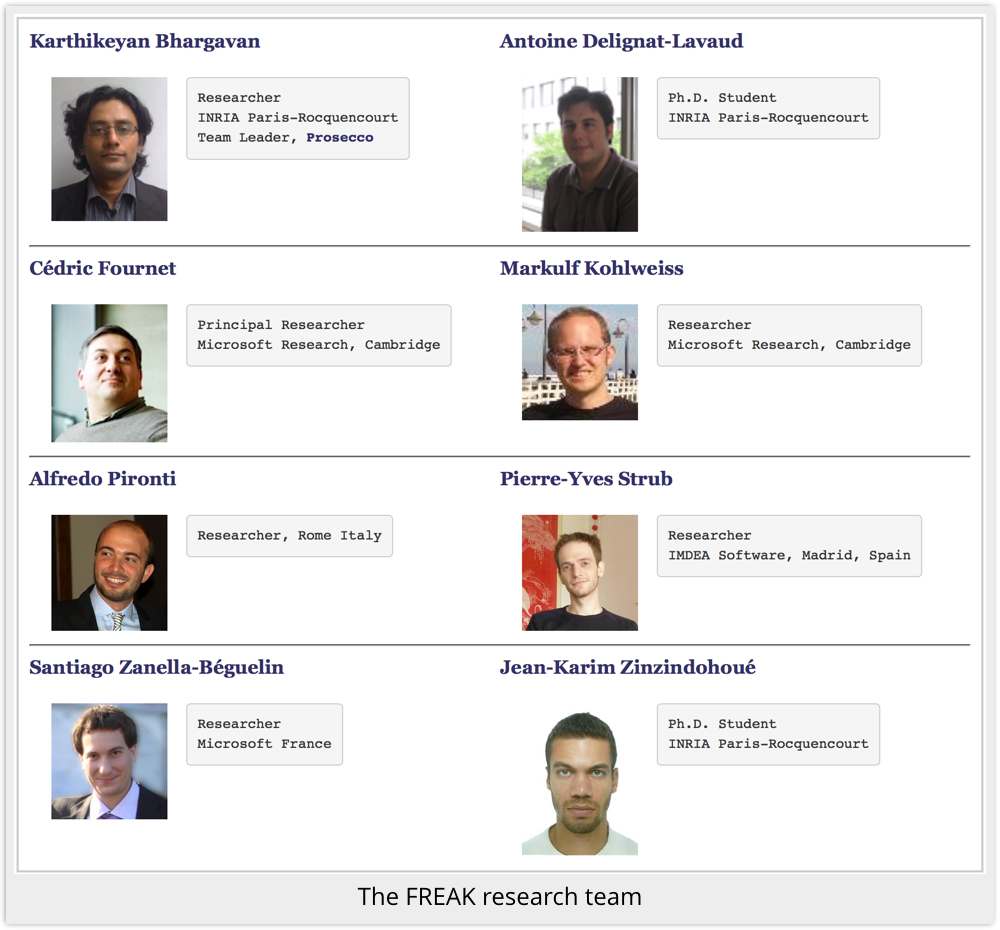 Man in The Middle

Greatly simplified, FREAK is an attack that can be done by a “man in the middle” (someone who can listen into and change the network traffic between you and your destination server).

Using FREAK, he can trick you and the server into settling on a much weaker HTTPS encryption scheme than either of you would normally accept.

Basically, he gets you to use what’s called “export grade” RSA encryption, a hangover from the 1990s when the US required exported encryption to be deliberately weakened.

The idea was that export grade keys were just about good enough for everyday, not-so-secret use, but could be cracked by superpowers with supercomputers if national security should demand it.

→ “Export grade” encryption probably sounds like a silly idea. That’s because it was a silly idea. People simply bought proper encryption code from outside the US, which hurt the US software industry; meanwhile, any Americans who ended up using export grade connections without realising put themselves at a security disadvantage. The idea was largely abandoned by 2000.

No-one should be using export grade keys any more – indeed, no-one usually does – but many clients and servers still support them.

Somehow, it never seemed to matter that the code was still lying around, as long as everyone avoided it.

Longstoryshort is that a TLS session using export grade RSA encryption can be sniffed, saved, and then fairly easily cracked later on.

Forget 1990s state-of-the-art, where cracking an export grade session was tractable, but only just. (A team of researchers cracked an export grade key without using supercomputers in 1999, thus proving it was already worryingly insecure, but it took them seven months.)

In other words, export grade keys are not OK, even for everyday, not-so-secret use, not at all.

An injury to one…

Additionally, many servers use the same RSA key over and over again.

In theory, this is not a bad thing, because RSA keys aren’t supposed to be crackable, so you can save processing power by not creating a new key every time.

But in the context of FREAK, it may mean that, after cracking a server’s export grade key, you can use the result to decrypt other sessions, using the same key, without paying another $100 (and without waiting another 12 hours).

There’s another spanner in the cryptographic works, too.

Cracking an RSA key is done by a technique known as “factoring the modulus,” something that is supposed to be computationally unfeasbile, except in the case of export grade keys.

Loosely speaking, that means you decompose the key into its public part (which is supposed to be public) and its private part (which you are never, ever supposed to get your hands on).

With the private key, you can now sign traffic from your own imposter website as though it came from a trusted third party.

Indeed, the team behind the original FREAK research claim to have done just that to create a fake nsa dot gov.

Being able to sign your own traffic with someone else’s private key means that you can “do a SuperFish,” and masquerade as someone else without producing any tell-tale certificate warnings in your victim’s browser.

This trick only works if you end up with a TLS connection secured with an export grade RSA key.

As far as we know, the trick doesn’t work against the TLS implementations used by Google and Mozilla.

So users of Chromium/Chrome and Firefox are OK.

Browsers that use OpenSSL are at risk, which includes Android’s now-disowned “Browser” browser, and therefore probably Samsung’s derived browser known as “Internet.”

Likewise, Apple’s own implementation of TLS, called Secure Transport, puts OS X software that uses it at risk, including Safari.

Additionally, the Schannel TLS library in Microsoft Windows is vulnerable too, putting Windows software including Internet Explorer at risk.

In the short term, if you are worried, try using an alternative browser. (But make sure you know how to configure it to your usual privacy standards, and how to keep it updated!)

Update. This part of the article [until 2015-03-05T19:50Z] used to contain a sequence of steps to check the RSA key size of a TLS connection in Safari. We suggested that if you saw a key size of 512, you could assume you had been FREAKed. Alert reader mrhack1982 tells us that we were wrong. FREAK trickily drops the RSA key used to set up encryption to 512 bits, so the encryption can be cracked. But Safari’s [Show Certificate] dialog still shows the RSA keysize used for the TLS certificate, typically 2048 bits. It’s like signing a genuine signature but handing over a fake credit card.

OpenSSL updated its code in January, so versions from 1.0.1k onwards don’t have this bug.

You can sidestep FREAK by upgrading OpenSSL to this or any later version.

Apple’s patch is apparently “in process,” so watch for it coming out.

Microsoft has published a list of workarounds that turn off export grade TLS encryption on Windows, which prevents FREAK attacks from working.

Image of FREAK courtesy of Shutterstock.