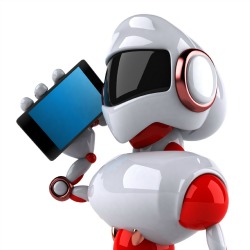 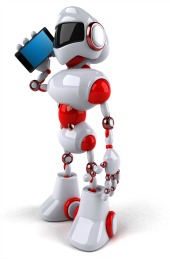 The US Federal Trade Commission (FTC) has launched a pair of competitions to stimulate research into technological approaches to the problem of robocalls.

The contests will focus on two branches of the problem – identifying robocalls, and analysing data from honeypots previously set up to harvest such calls.

Robocalls are the telephonic equivalent of spam – automated voice calls generally pushing telemarketing messages but in some cases used for legitimate purposes such as emergency warning systems.

Semi-automated dialling systems were developed as far back as the 1940s, and have become an ever bigger problem over the years as technology has broadened their reach.

While early systems required a human operator to fire off each stage of the process, and used basic pre-recorded messages to help telemarketers get calls started, modern versions can fire off huge numbers of calls at once with worldwide reach, thanks to low-cost internet telephony.

They may also use sophisticated speech generation rather than simple pre-recorded human voices, to produce custom messages more likely to deceive their victims.

For most of their history they have been a blight on households and businesses, but mobile phones have brought the menace of unwanted messages into our pockets as well, providing a booming market for people who don’t mind irritating their prospective customers.

In parallel with their technological evolution, they have also diversified into a range of purposes, with a variety of scams and “vishing” (voice phishing) added to the standard arsenal of sales and marketing messages.

Robocalls are particularly associated with politics and elections, occasionally for legitimate reasons but more often than not for highly suspect ones.

The FTC has been battling the problem for some time, launching its first crowd-sourcing technical contest in 2012 and running it again in 2013.

Last year, a three-part contest looked at both the honeypot and data-analysis phases included in this year’s effort, and also added a section for work reproducing what devious robocall designers may be doing, trying to circumvent existing robocall detection and monitoring systems.

The need for this third phase reflects an ongoing arms race, as the perpetrators of unwanted calls evolve their technology to defeat obstacles put in their way.

This year, the two stages will operate separately. Qualifying for the honeypot section, called “Robocalls: Humanity Strikes Back“, went live yesterday with submissions open until 15 June.

Participants will need to design a system allowing phone users to spot robocalls and either block them or forward them to a honeypot. The five best ideas will go on to a final round, taking place during the DEF CON convention in August. They will share prize money of up to $50,000, with $25,000 going to the system which attracts the most spam calls.

The second part, focusing on data analytics, is dubbed “DetectaRobo” and will run on the “National Day of Civic Hacking” on 6 June.

Contestants will be given two sets of data – one in which probable robocalls have been marked and one in which they haven’t. They will have 35 hours to develop methods of classifying the second set based on features and patterns observed in the first.

There’s no cash prize for this one, with the winners instead being rewarded with the respect and gratitude of a world being plagued with unwanted pestering wherever it turns.

The tools and techniques produced by contestants will be given away as open source resources to help anyone involved in the fight against this great evil. (The products of the last contest are available on the FTC’s Github page.)