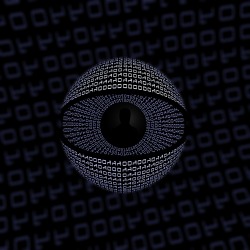 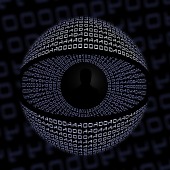 The Wikimedia Foundation on Tuesday joined with other rights groups to file suit against the US National Security Agency’s spying program – in particular, its large-scale search and seizure of internet communications, commonly referred to as upstream surveillance.

Wikimedia said in a post that the aim of the suit is to protect its users’ privacy rights.

Besides the NSA, the complaint also names the US Department of Justice (DOJ) and US Attorney General Eric Holder as defendants.

Wikimedia said that the NSA’s pervasive surveillance challenges its users’ privacy, which in turn thwarts Wikimedia’s core mission of enabling “inquiry, dialogue, and creation” in order to “[empower] everyone to share in the sum of all human knowledge.”

When [those principles] are endangered, our mission is threatened. If people look over their shoulders before searching, pause before contributing to controversial articles, or refrain from sharing verifiable but unpopular information, Wikimedia and the world are poorer for it.

Wikipedia founder Jimmy Wales and Lila Tretikov, executive director of the Wikimedia Foundation, wrote in the New York Times opinion pages that many of the volunteers who write the site’s articles prefer to work anonymously.

That’s particularly true for those who write about controversial topics such as Tiananmen Square or gay rights in Uganda – especially if those volunteers live in countries with repressive governments.

Such volunteers are in a precarious position given that upstream surveillance might well be jeopardizing their privacy, the two wrote.

Upstream surveillance refers to the NSA’s practice of intercepting and searching international text-based traffic that flows across the US internet’s backbone: i.e., the network of fiber-optic cables and junctions that connect Wikipedia with its global community of readers and editors.

While intelligence officials have stressed that such surveillance is highly targeted, Wikipedia points to a classified NSA PowerPoint presentation on mass surveillance, leaked in 2013, that included one slide that noted that monitoring these sites could allow NSA analysts to learn “nearly everything a typical user does on the internet.”

That includes emails, online chats and browsing histories of millions of individuals.

In its suit, Wikimedia presents a slide that includes an explicit reference to Wikipedia and which uses the organization’s trademark among many others, including Facebook’s, Twitter’s, Google’s and Yahoo’s.

Wikimedia’s statement points to this as providing grounds for the suit:

Because these disclosures revealed that the government specifically targeted Wikipedia and its users, we believe we have more than sufficient evidence to establish standing.

Wales and Tretikov suggested that many Wikipedia contributors – say, a user in Egypt who wants to edit a page about government opposition during the 2011 Arab uprisings – would shrink from adding knowledge or having conversations with other editors about such controversial issues if they know the NSA is routinely combing through their input, given fear of reprisal.

Such hesitation multiplied across the vast reach of Wikipedia is devastating, they said:

Imagine this decision playing out in the minds of thousands of would-be contributors in other countries. That represents a loss for everyone who uses Wikipedia and the internet — not just fellow editors, but hundreds of millions of readers in the United States and around the world.

We've been very clear about what constitutes a valid target of electronic surveillance. The act of innocuously updating or reading an online article does not fall into that category.

At the time of writing, the DOJ was still assessing the suit and hadn’t provided a statement.

Stephen Vladeck, a professor at American University Washington College of Law, told Reuters that while the plaintiffs’ communications well might be intercepted, they can only use legally public information that the government has acknowledged or declassified to show harm.

That makes the suit a “long shot”, he said.

3 comments on “Wikimedia joins forces with others to sue NSA, DOJ over mass surveillance”