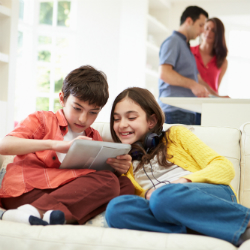 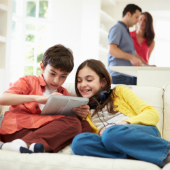 A US federal judge has ruled that Facebook must face a class action lawsuit over the way it accepts payments from minors, potentially opening the door to further complaints from parents whose children have made purchases on its site without permission.

The class action suit arose in April 2012 after two children and their parents protested Facebook’s refusal to offer refunds for online currency purchases made by the children without their parents’ knowledge or authorisation.

According to the lawsuit, both of the children made purchases using the company’s Facebook Credits virtual currency.

One asked his mother’s permission to spend $20 on in-game purchases for Ninja Saga, an online role-playing game, but actually ended up racking up a bill of several hundred dollars, claiming that he didn’t think virtual currency came with a real-world cost.

The mother’s request for a refund was dismissed by Facebook until the suit was filed.

The other child spent $1059 on their parent’s debit card after taking it without permission. So far, the parent has only managed to recoup $59.90, according to court records.

The plaintiffs in the case claim that Facebook’s stance on refunds in such circumstances violates California state law, arguing that minors are recognised as being unable to make proper judgement when entering into contracts and that such agreements should be considered void if they involve the transfer of property not owned by the child.

Though some minors undoubtedly may wish to continue making purchases through credit or debit cards they do not have permission to use, such a desire cannot prevent the named plaintiffs from bringing suit to demand that Facebook's policies comply with the law.

Judge Freeman has set a trial date of 19 October but said plaintiffs could only seek refunds on an individual rather than group basis as each case was different.

In her written decision, the judge noted that because Facebook cites California law in its policies, minors can use the applicable law regardless of where they actually live.

Speaking to Reuters, J.R. Parker, a lawyer for the plaintiffs said:

The difference between Facebook and other businesses is that the company is on actual notice of a user's age, but treats children the same as adult users when it comes to taking their money.

In opposing the class action status of the claim, Facebook said that the claims made against it were not sufficiently similar and that a proposed injunction would not be able to address them.

Facebook is of course not the only company to receive criticism over the way in which it takes money from kids.

Last summer we wrote about how the European Commission had been working with national authorities and app store owners following concerns over in-app purchases, especially those made by minors.

Both Google and Apple were asked to ensure that “free” games would not mislead customers about any incidental costs involved. The two companies were also asked to guarantee that children would not be directly encouraged to either make purchases themselves or feel as though they needed to persuade an adult to do so on their behalf.

Additionally, they were asked to make sure that consumers were adequately informed about payment arrangements and that any additional transactions could only be carried out with explicit consent, not by default.

Both companies have had to hand over cash in the US after making it too easy for children to spend money.

In September 2014, the Federal Trade Commission reached a settlement with Google that saw $19 million handed over in the form of refunds to Android users whose children had made in-app purchases.

Apple has also fallen foul of the FTC – in January 2014 the Commission said the company made it too easy for children to make in-app purchases, citing the use of a buy button leading to a password screen that didn’t inform parents of what they were authorising, or the fact that their login credentials opened up a 15 minute window during which additional purchases could be made without their express knowledge.

While no judgement was ever made, Apple handed over at least $32.5m to cover refunds to exasperated parents.

Image of children playing on device courtesy of Shutterstock.