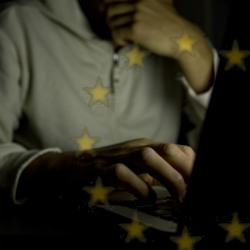 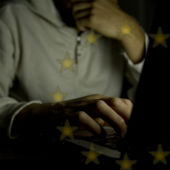 European security officials are planning a specialised counter-terrorism unit to tackle the rise of extremist content on the internet.

The proposal, put to government ministers from EU member states at an EU Justice and Home Affairs Council meeting yesterday, would see the creation of an Internet Referral Unit that would come under the control of Europol.

The new unit, which would be modelled on the UK’s existing Counter Terrorism Internet Referral Unit (CTIRU), would be tasked with removing jihadist and other extremist content from the web.

The Financial Times notes how the existing CTIRU largely relies upon a culture of co-operation with large internet firms rather than enforcement action, saying officers have a special relationship with service providers that allows them to flag material for quick moderation.

The CTIRU has its work cut out though – the 75,000 successful removal requests last year represent a three-fold increase over the total number of pieces of extremist material removed in its first four years of operation.

Gilles de Kerchove, the EU’s counter-terrorism chief, said the January terror attacks in Paris elevated the need to tackle the problem of extremism across the Union, and promised that tackling material posted online was now top of the agenda.

According to the BBC, EU policy makers see the pooling of member states’ resources as an essential part of tackling the issue, quoting a briefing document outlining the plans for the unit:

The internet is a major facilitator for radicalisation to terrorism. Addressing this matter poses a number of different challenges.

The sheer volume of internet content promoting terrorism and extremism requires pooling of resources and a close cooperation with the industry.

The role of the new unit will be to identify and flag extremist content, but the challenge is huge – the proliferation of smartphones and social media has led to an explosion in the volume of such content being posted online.

A recent census run by the Brookings Institution shows the scale of the problem – taking Twitter as an example, the group discovered that between September and December 2014, ISIS supporters were in control of at least 46,000 accounts across the social network.

Even when extremist content is discovered, removal has been hampered in some member states as networks are often reluctant to become involved in action that could lead to accusations of stifling free speech or impacting on user privacy.

Each European Union member state will be expected to nominate a partner organisation to work with the Internet Referral Unit. The policy document states that:

This can be the national cybercrime or internet safety department, or a dedicated unit dealing with terrorist content online.

The council is aiming to have the unit set up and operational by 1 June. Member states will be asked to provide the required funding.