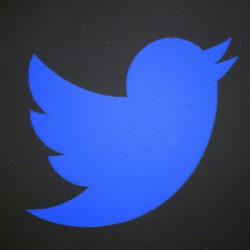 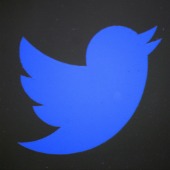 On Wednesday, its rules were amended to ban intimate images posted without subjects’ permission.

You may not post intimate photos or videos that were taken or distributed without the subject's consent.

Its updated abuse policy now uses the same language as its new rules, outlawing the posting of intimate images without the subject’s consent.

If Twitter finds that the content was posted with the intent of harassment, perpetrators will be subject to suspension.

Twitter says that as part of the reporting process, users will be asked to confirm that photos or videos in question were posted without consent. Its agents will review the complaints to confirm whether the reported content actually violates its policy.

In an interview with National Public Radio, Christina Gagnier, a board member of Without My Consent, noted that Twitter’s new policy covers a range of private content beyond intimate images, including taxpayer IDs, dates of birth, and addresses:

If Twitter’s agents determine that images do not in fact violate the company’s policy, the company will refrain from taking action. That includes, for example, when the reported content was previously made publicly available with permission.

Twitter has been criticized for dragging its feet with regards to cyberbullying, user safety and harassment.

That criticism has stung. It’s obvious that cleaning up its act is now a priority for the company.

In February, it put out a new tool, TweetDeck Teams, to help stop password sharing and thereby help to stop account hijacking.

Also in February, in a leaked memo, CEO Dick Costolo outlined the impetus behind these moves.

In the memo, Noto acknowledged that Twitter “sucks at dealing with abuse and trolls”, confessed to being “frankly ashamed” at “how poorly” the company’s done at dealing with the issue, and promised “to start kicking these people off right and left and making sure that when they issue their ridiculous attacks, nobody hears them.”

That pledge fell on some deaf ears.

A month after Noto’s leaked memo got out, trolls threatened to violate baseball star Curt Schilling’s daughter with a baseball bat, among other violent, vicious threats.

Obviously, the work to make Twitter a safe place is an ongoing process. Here’s hoping that the new policies help to stiffen Twitter’s backbone all the more.

The resolve it’s shown to fix this problem is heartening. May other sites follow suit.