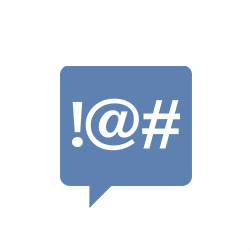 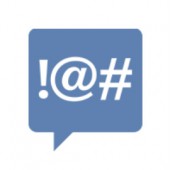 Facebook has revamped its community standards, bringing further definition to what it considers to be both acceptable and unacceptable content.

The move by the social networking company comes soon after Twitter and Reddit tweaked their own policies to ban the posting of stolen nude photos.

In a blog post on Sunday, Monika Bickert, Head of Global Policy Management, and Chris Sonderby, Deputy General Counsel, explained why Facebook felt the need to rewrite its community standards:

Today we are providing more detail and clarity on what is and is not allowed. For example, what exactly do we mean by nudity, or what do we mean by hate speech? While our policies and standards themselves are not changing, we have heard from people that it would be helpful to provide more clarity and examples, so we are doing so with today’s update.

Bickert and Sonderby explained how Facebook’s aim of being a platform on which people can share content freely had to be tempered due to differences in the laws among the countries represented by its one billion and more users.

Not only that, but cultural differences and the range of ages of its users also mean that content found suitable by some members could be deemed wholly inappropriate by others.

Therefore, the company now offers more detail on what is acceptable across its network, though it does also note that some content may only be restricted in specific countries.

Last week a French court heard a case about Gustave Courbet’s “L’Origine du Monde” painting which shows female genitalia close-up. Considered art by some and controversial by others, a schoolteacher took Facebook to court after it banned the picture he uploaded. Though Facebook says French courts have no jurisdiction over it, the decision to hear the case highlights how local laws can indeed affect the company.

Now, Facebook has clarified its stance on nudity, making it crystal clear that it will remove photos featuring genitals or fully exposed buttocks, and restrict images of female breasts if they include a nipple.

But photographs of women breastfeeding are permissible, as are images of post-mastectomy scars.

Images of statues, paintings and other forms of art that feature nudity are OK too, but digitally created content could be harder to slip past the monitors unless it has been created for “humourous, satirical or educational purposes”.

Overly graphic images of sexual activity are banned and descriptions of such activity may be removed if they are deemed to be too colourful.

The topic of violent content is another contentious area for Facebook. The company has recently displayed something of a yo-yo approach to graphic videos, such as those showing decapitations. It originally allowed such content on the grounds that its users should be free to share information, before later changing its mind and banning them.

Now, the new community standards dictate that graphic violence is OK, as long as users warn their audience of what they may be about to view. The problem with that, of course, is that videos play automatically, meaning some users may be exposed to content they deem inappropriate before they are aware of what they are watching.

Facebook can add warnings to such videos and prevent them from auto-playing, but only if they have been reported and subsequently reviewed.

Facebook’s policy on hate speech has not changed at this time and nor has its list of banned topics. What has changed is that the company will now allow users to share examples of hate speech from other people, but only if sharing is clearly identified as being for the purpose of raising awareness.

Other topics covered by the new rules include bullying and harassment, self-injury, and criminal activity. Facebook says all are prohibited on its site and it will do what it can to remove them.