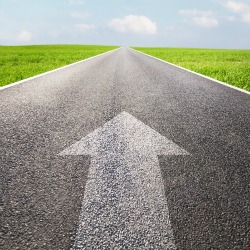 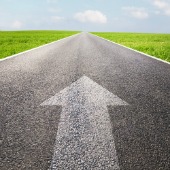 The US Federal Communications Commission (FCC) on Thursday lay down 400 pages worth of details on how it plans to regulate broadband providers as a public utility.

These are the rules – and their legal justifications – meant to protect net neutrality.

They were passed last month, and details have been eagerly anticipated.

The main gist of the lengthy document released on Thursday are these three new rules:

The document’s introduction sets the scene for justifying net neutrality, with a description of the innovation that flourishes under unfettered traffic flow, such as the growth of Netflix streaming (it’s now the number one business in North America when it comes to sending out peak downstream traffic), Etsy having grown from $314 million in merchandise sales in 2010 to $135 billion 3 years later, and new innovative businesses such as CBS and HBO with their upcoming cable-subscription-free streaming plans and Discovery Communications with its planned “over-the-top” service providing bandwidth-intensive programming.

These innovations are downright award-winning, the FCC said, dropping in a mention of Amazon taking home two Golden Globe awards for its new series “Transparent.”

To keep fueling the country’s economy, an open internet is crucial, the FCC said:

It must remain open: open for commerce, innovation, and speech; open for consumers and for the innovation created by applications developers and content companies; and open for expansion and investment by America’s broadband providers. For over a decade, the commission has been committed to protecting and promoting an open internet.

But just how this economic engine gets regulated is one of the crucial questions.

Specifically, which regulations of Title II of the Communications Act – the legal underpinnings of the commission’s move to regulate broadband – will it enforce?

The FCC’s document addresses the concerns that have arisen over the Commission possibly moving away from its goal of “ubiquitous availability of broadband to all Americans” that’s been set out in previous classification decisions, confirming that it will be using a light regulatory hand, as has been requested by President Obama.

The FCC bent over backwards – as it has done repeatedly – to try to convince critics that it won’t be heavy-handed.

FCC Chairman Tom Wheeler said in an accompanying statement that Title II powers that are off the table include mandatory universal service contributions, rate regulations, or a return to local loop unbundling.

Wheeler also went to pains to make it clear that the light regulatory touch will let innovation flourish, similar to how wireless has been regulated:

Let me be clear, the FCC will not impose 'utility style' regulation. We forbear from sections of Title II that pose a meaningful threat to network investment, and over 700 provisions of the FCC’s rules. That means no rate regulation, no filing of tariffs, and no network unbundling. During the 22 years that wireless voice has been regulated under a light-touch Title II like we propose today, there has never been concern about the ability of wireless companies to price competitively, flexibly, or quickly, or their ability to achieve a return on their investment.

The New York Times has provided excerpts from the rules, along with analysis, that provides a deep dive into the many wrinkles of the new rules.

Here are a few of the salient details:

It will take some time for lawyers to wade through the new rules, but AT&T, for its part, put out a terse statement that mentions possible legal action:

Unfortunately, the order released today begins a period of uncertainty that will damage broadband investment in the United States. Ultimately, though, we are confident the issue will be resolved by bipartisan action by Congress or a future FCC, or by the courts.

The two dissenting commissioners’ opinions were included along with the new rules.

Here’s an excerpt of Ajit Pai’s arguments against them:

This is not only a radical departure from the bipartisan, market-oriented policies that have served us so well for the last two decades. It is also an about-face from the proposals the FCC made just last May.

And from Michael O’Rielly:

Today a majority of the Commission attempts to usurp the authority of Congress by rewriting the Communications Act to suit its own "values" and political ends. The item claims to forbear from certain monopoly-era Title II regulations while reserving the right to impose them using other provisions or at some point in the future. The commission abdicates its role as an expert agency by defining and classifying services based on unsupported and unreasonable findings. It fails to account for substantial differences between fixed and mobile technologies. It opens the door to apply these rules to edge providers. It delegates substantial authority to the Bureaus, including how the rules will be interpreted and enforced on a case-by-case basis. And, lest we forget how this proceeding started, it also reinstates net neutrality rules. Indeed, it seems that every bad idea ever floated in the name of net neutrality has come home to roost in this item.

Image of arrow courtesy of Shutterstock.