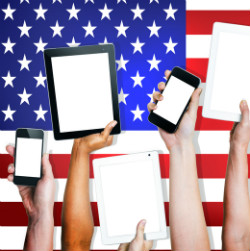 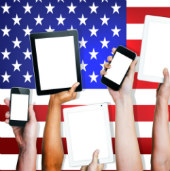 Edward Snowden has been heard, and his words are having at least some effect.

A Pew Research Center survey has found that nearly one third of American adults have taken steps to protect their information from government surveillance programs that monitor phone and digital communications.

Most – 87% – of Americans have heard about the National Security Agency’s (NSA’s) surveillance programs since Snowden began leaking documents nearly two years ago.

More than one fifth – 22% – say that they’ve since changed their use of various technology tools “a great deal” or “somewhat”.

Between late November and early January, The Pew Center surveyed 475 adult members of the GfK Knowledge Panel: a consumer research company. It also surveyed 59 panelists who participated in one of six online focus groups conducted during December 2014 and January 2015.

57% reported that they consider surveillance of US citizens to be unacceptable, while 54% think it’s justifiable when those being monitored are either politicians or from other countries.

How people have changed their behaviour

Out of those surveyed who are at least somewhat aware of the NSA’s surveillance programs (30% of adults), 34% have taken at least one step to keep their information hidden or shielded from the government.

Another 25% of those aware of the surveillance programs (22% of surveyed adults) have changed how they interact with communication technology “a great deal” or “somewhat”.

The privacy tools people are not using, and why

The Pew Center suggests that those who haven’t changed their behaviours might be intimidated by it being “somewhat” or “very” difficult to find tools and strategies that would help them be more private online and when using their mobile phones.

These are some of the commonly available tools that they reportedly aren’t using:

Those numbers are probably on the optimistic side, the Pew Center said, given that “noteworthy” numbers of respondents answered “not applicable to me” on related questions – in spite of virtually all of them being internet and cell phone users.

When it comes to the question of whether the courts are doing a good job of balancing the needs of law enforcement and intelligence agencies with citizens’ right to privacy, there’s a pretty even divide: 48% say courts and judges are balancing those interests, while 49% say they aren’t.

Not that Americans are adverse to all surveillance, mind you. Generally, the public approves of monitoring plenty of people, including foreign citizens, foreign leaders, and American leaders:

So, monitoring foreigners and politicians is OK, but not US citizens: 57% say that the monitoring of citizens’ communications is unacceptable.

Americans are split about just how much we should worry about surveillance – particularly when it comes to their own digital behaviour.

When asked about monitoring of their own communications and online activities, the concern levels slipped:

How about you? How has the readership of an infosec blog like Naked Security changed its behaviours?

Feel free to share in the comments section below. We will be surveilling your commentary input, as always!

Image of Americans holding their tablets and phones courtesy of Shutterstock.