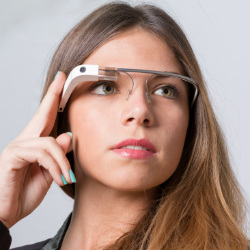 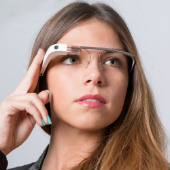 And yes, that contributed to the creation of the sobriquet “Glassholes” to describe those amongst the “Glass Explorers” whose manners were found wanting.

But ending the Explorer program in January and ceasing sales of Glass was never meant to imply that Google was sticking a fork in its internet-connected eyeglasses, Google executive chairman Eric Schmidt told the Wall Street Journal on Monday.

Rather, the company stopped selling the first iteration of Glass and moved the project out of its Google X research lab into a standalone unit, he said.

And just to show how very non-dead Glass is, it’s been plugged into the Internet of Things-o-rama.

Specifically, Tony Fadell, head of Google’s Nest connected home division, was put into the position of overseeing strategy at the Glass project as it incorporates all the things it learned from the Explorer program.

Under Fadell’s watch, the beloved/reviled face-huggers are getting fine-tuned and made ready for the masses.

The WSJ quotes him:

It is a big and very fundamental platform for Google. We ended the Explorer program and the press conflated this into us canceling the whole project, which isn't true. Google is about taking risks and there’s nothing about adjusting Glass that suggests we're ending it.

Like Google’s self-driving car, Glass is a long-term project, he said:

That's like saying the self-driving car is a disappointment because it's not driving me around now. These things take time.

Some of those time-sucking changes, now being made behind the scenes, include a version of Glass that will be cheaper and have longer battery life, improved sound quality and a better display, and which will run on Intel chips.

3 comments on “Google Glass isn’t dead. It’s being fine-tuned for the masses”