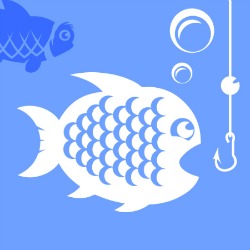 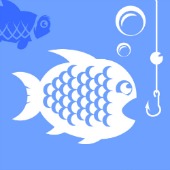 Canada’s strict anti-spam laws have come down hard on another offender, with the operators of dating website Plenty Of Fish paying a $48,000 penalty for failing to provide proper unsubscribe options in emails sent to its users.

The set of spam-regulating laws finally came into force last year after a long period of dithering, but have hit the ground running. The first successful punishment of an offender was unveiled just a few weeks ago, when serial-spamming training firm Compu-Finder was hit with a $1.1 million penalty.

This second incident didn’t rake in quite that sort of cash, the $48k levied from Plentyoffish Media Inc. seeming not much more than a slap on the wrist by comparison, but it seems the offence in this case was rather less egregious.

The mails in question, sent to signed-up users of the site, did provide an unsubscribe feature, but it was either insufficiently prominent or not functioning well enough to satisfy the requirements of the legislation.

The Canadian Radio-television and Telecommunications Commission (CRTC) which enforces Canada’s spam rules doesn’t say how many mails were involved in its investigation, or how many complaints were received, but does indicate that the campaign took place between 1 July 2014 – when the regulations came into force – and 8 October 2014.

Rather oddly, the payment is not referred to officially as a fine, nor the offence as an offence; throughout its communications and public records on the matter, the CRTC repeatedly uses the term “alleged violation”, suggesting that the payment is being made in advance of a full investigation, with the company admitting some liability but leaving the charges unproven.

The part of the legislation which was (allegedly) violated is that which covers unsubscribe systems, section 11(1)(b), which lays down some pretty specific requirements for how such mechanisms need to work to be compliant.

It states that all commercial emails must provide either a reply address or web link for unsubscribe requests, which must remain live for at least 60 days after sending mails. Any request to unsubscribe must be acted on “without delay”, within a maximum of 10 days.

In response to the complaints from the CRTC, Plenty Of Fish has apparently fixed its broken unsubscribe system, and agreed to set up a full compliance and staff training programme to ensure future mailing practices operate within the law.

Vancouver-based Plenty Of Fish describes itself as “the world’s largest dating site” with over 90 million people signed up and over 3 million logging on each day.

Hopefully now any of those users who no longer require the site’s services will be able to opt out of receiving their emails with ease.