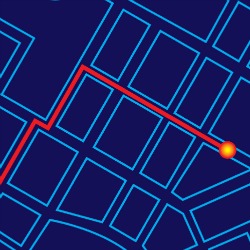 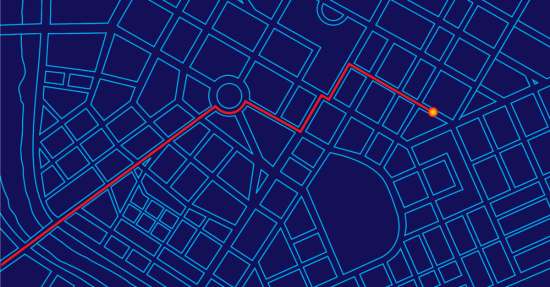 Torrey Dale Grady is a repeat sex offender who has finished serving time in US prison.

But he has been battling North Carolina courts that have declared that he must wear a GPS ankle bracelet and thus be monitored via satellite by the government 24 hours a day, asserting that it constitutes unreasonable search and seizure and thus would violate his Fourth Amendment rights.

On Monday, the US Supreme Court sided with Grady.

In a unanimous decision, the justices affirmed that if the government attaches a GPS tracker to you, your car, or any of your personal effects, it counts as a search and is therefore covered by the Fourth Amendment.

The highest court in North Carolina had decided that wearing a tracking bracelet is no search at all.

In its succinct 5-page ruling on the case, Torrey Dale Grady v. North Carolina , the court scratched its head about that decision:

The only theory we discern ... is that the State's system of nonconsensual satellite-based monitoring does not entail a search within the meaning of the Fourth Amendment. That theory is inconsistent with this Court’s precedents.

…and thus sent the case back to the court that had dismissed Grady’s appeal.

The Supreme Court went on to cite precedents, the number of which have been growing right along with the proliferation of devices that feature geolocation tracking.

In his petition to the Supreme Court, Grady had complained that, because the monitoring bracelet has to be charged daily, he’s required to be plugged into a wall outlet at least once a day for 4 to 6 hours at a time.

Given that installing a GPS on a vehicle and having a dog sniff a porch were both considered to be Fourth Amendment searches, in that they are means by which the government seeks information, it stands to reason that slapping a GPS monitor onto somebody’s body would be as well, the court said.

In light of these decisions, it follows that a State also conducts a search when it attaches a device to a person's body, without consent, for the purpose of tracking that individual's movements.

As The Atlantic notes, this case doesn’t do much to clarify how the Fourth Amendment jibes with digital technology, including GPS data from mobile phones, which can triangulate location from nearby cell towers, or electronic toll-collection systems like E-ZPass that register, by default, a car’s location and when it passed through a toll road.

Rather, previous decisions concerning GPS data have focused on cases in which location data was collected by a GPS tracker employed by law enforcement.

Jennifer Lynch, a senior staff attorney at the Electronic Freedom Foundation (EFF), told the magazine that the Supreme Court seems well aware that they’ll soon have to grapple with whether the Fourth Amendment protects geolocation from, for example, our own phones.

But Monday’s ruling will at least force lower courts to consider whether attaching a GPS tracker to someone – which is how multiple states track sex offenders, requiring convicts to wear a location monitor for the rest of their lives – is a reasonable search, she said.

She thinks that it is not, and that it constitutes unwarranted punishment on people who’ve already served their time in jail:

They should have the opportunity to rebuild their lives and not be under a state of government surveillance for the rest of their lives, and that’s what a GPS tracker constitutes. Sex offenders - it’s the easiest class of people to place these kinds of punishments on, but I worry that we start with sex offenders and then we go down the line to people who’ve committed misdemeanors.

Image of tracking courtesy of Shutterstock.

10 comments on “GPS tracking counts as a “search”, says US Supreme Court”