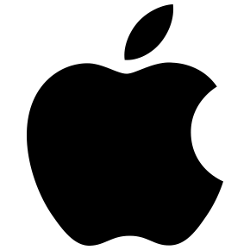 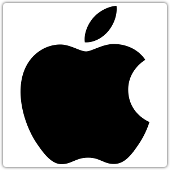 The OS X update for Yosemite (10.10.3) excitedly announces the arrival of a brand new photo application.

It’s a successor to the venerable iPhoto software, sporting the imaginative name, wait for it, of…

The biggest drawcard of Photos seems to be a feature that could be both a security blessing and a curse, namely 5GB of free photo storage on Apple’s iCloud servers.

(Paid photo storage plans, apparently, go up to a mammoth 1TB, but your first 5GB is free.)

You’ll have free off-site backup, but there’s the concomitant extra risk of other people getting access to your private images as well.

As usual, however, it is the security fixes that are the compelling reason to grab these updates sooner rather than later, whether you are ready to leave iPhoto behind for Photos or not.

You can find all the gory details here:

(Get it from your device using Settings | General | Software Update. Size: 291MB.)

Note that the Yosemite update, being a point release, includes Safari 8.0.5.

Combo Updates bundle in all previous point releases, so that you can use the 10.10.3 Combo to jump straight from the original OS X Yosemite 10.10 to the most recent version.

That’s very handy if ever you need or want to do a fresh OS X install.

It means you can more easily bring yourself right up to date with security fixes, including fixes for Safari, before you go online for the first time.

The list of software components fixed in the various updates is extensive.

Rather than go into all the details, we’ll just encourage you towards grabbing the updates by pointing out that the holes fixed include:

The most intriguing bugs, if we’re allowed to pick “favourites,” are probably two Lock Screen holes in iOS.

Your phone’s Lock Screen is very important, because it’s your main and immediate defence if your phone is lost, stolen, or even just picked up at the pub by an inquisitive (and improperly-behaved) friend or colleague.

The idea is that your Lock Screen can be configured to:

Phones from Apple and other vendors have had a disappointing array of Lock Screen bugs in recent times, and the iOS 8.3 update fixes two more.

Uncovered by researchers at the University of Technology, Sydney, vulnerability CVE-2015-1107 means that the last-mentioned Lock Screen defence above might fail to trigger.

That could leave your phone unwiped even after a crook has exhausted his guesses.

And Lock Screen vulnerability CVE-2015-1108 means that the crook might be able to keep on guessing anyway, even after he’s supposed to have been shut out.

Convinced about updating yet?

We are: our updates are downloading as we speak!