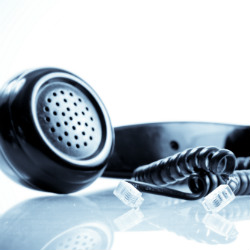 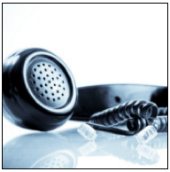 The US Drug Enforcement Administration (DEA) was secretly monitoring Americans’ international phone calls for decades but gave it up when Snowden revelations hit the fan, USA Today revealed on Wednesday.

Now, Human Rights Watch (HRW), represented by the Electronic Frontier Foundation (EFF), is suing to make sure the DEA permanently purges those illegally amassed records – obtained with administrative subpoenas but without judicial oversight or approval – and that the bulk surveillance program is strangled for good.

It’s against not only the DEA, but also the usual suspects in bulk surveillance with which the agency shared data: the FBI, the Department of Justice (DOJ), the Department of Homeland Security (DHS), and, for good measure, the United States of America itself.

According to USA Today, for more than two decades, the DOJ and DEA scooped up logs of virtually all calls from the US to as many as 116 countries linked to drug trafficking: a shifting roster that at times included Canada, Mexico, and most of Central and South America.

The feds reportedly used the call records to track US drug cartels and thereby to identify trafficking rings and mules, as well as to investigate the 1995 Oklahoma City bombing of a federal building.

The DEA's program of untargeted and suspicionless surveillance of Americans' international telephone call records - information about the numbers people call, and the time, date, and duration of those calls - affects millions of innocent people, yet the DEA operated the program in secret for years. Both the First and Fourth Amendment protect Americans from this kind of overreaching surveillance. This lawsuit aims to vindicate HRW's rights, and the rights of all Americans, to make calls overseas without being subject to government surveillance.

Human Rights Watch often works with people in dire circumstances around the world. Our sources are sometimes in life or death situations, and speaking out can make them a target. Who we communicate with and when we communicate with them is often extraordinarily sensitive - and it’s information that we would never turn over to the government lightly.

EFF attorney Mark Rumold told The Guardian that the revelations about the DEA are just one more example of how the government’s run amok with its secret programs:

It seems like, from the government's perspective, the only limitation on bulk surveillance is its ability to keep it hidden from the American public. The DEA program is yet another example of the government taking a seemingly unexceptional legal authority and transforming it behind closed doors into a tool for mass surveillance.

On Tuesday, a DOJ spokesman told USA Today that the DEA “is no longer collecting bulk telephony metadata from US service providers.” The DEA has declined to comment.

That’s not good enough for HRW.

PoKempner told The Register that the government has a history of issuing “partial or somewhat misleading statements on issues of mass surveillance.”

That’s why HRW wants to hear assurances about the deletion of the records within a courtroom, she said:

[HRW] would like to have the DEA confirm to a court of law that they have deleted all call records of ours that they collected, and to confirm that none of these records remain in the files or databases of other US government departments with whom they may have been shared.